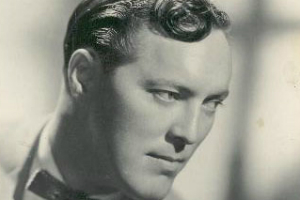 American musician of Haley and the Comets rock group. Haley is credited with being one of the first to introduce rock 'n' roll music to America.

Haley had a member of several groups and had been making music since he was young. He began singing country western but in 1949 he formed a group called "The Saddlemen," which would be renamed in 1953 as Bill Haley and his Comets. In 1953 Haley and his Comets recorded what became the first rock and roll single: "Crazy Man, Crazy."

A year later the group's reputation was cemented with "Shake, Rattle and Roll" and "Rock around the Clock." The group's distinctive look (they all wore tuxedos) and his distinctive curl on his forehead (which covered an eye that was blind from infancy) became their trademarks along with their distinctive sound. Their career and popularity lasted into the 1970s but Haley's battle with alcoholism, his age, and the popularity of others all took their toll.

Haley married Dorothy Crowe in 1946 and they had two children. They divorced in November 1952 and a few days later, he married Barbara Joan Cupchack. The number of their children is in dispute (some reports say two and others say five). They divorced in 1960. In 1962, facing money problems he went to Mexico and married Martha Velasco, a Mexican dancer. They had three children and remained married until his death.