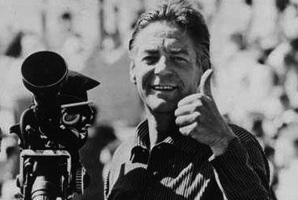 Haanstra was born in the town of Holten and became a professional Dutch documentary film maker in 1947. He won international acclaim with his short documentary Spiegel van Holland / Mirror of Holland, for which he received the Grand Prix du court métrage at the Cannes-festival of 1951. During the fifties he made six films for Shell, among others The Rival World (1955) on insects spreading deadly diseases and how to fight them. In 1958 his documentary Glass, a filming improvisation made in a glass factory, won an Academy Award for Best Documentary Short Subject.

He directed several fiction films. Fanfare, a comedy situated in a small Dutch village, is still the Netherlands' second most popular film ever (measured at the box office), only surpassed by Paul Verhoevens Turkish Delight. Abroad however, Fanfare was hardly noticed, but it was entered into the 1959 Cannes Film Festival and the 1st Moscow International Film Festival.

In several shorts and in long documentaries like Alleman / The Human Dutch and Stem van het water / The Voice of the Water Haansta reflected on The Netherlands and its inhabitants. All these films made him one of the most popular filmmakers in the history of Dutch cinema. The documentary Alleman was seen in the cinema by 20 percent of the total Dutch population. In the seventies and eighties Haanstra addressed a new subject. He made several films about animals. In the long documentary Bij de beesten af / Ape and Super-Ape (1973), for which he collaborated with Frans de Waal and Jane Goodall, among others, he compared the behavior of animals and human beings. In total Haanstra received close to a hundred awards. He died in the town of Hilversum.

Haanstra was Officer in the Order of Orange-Nassau.