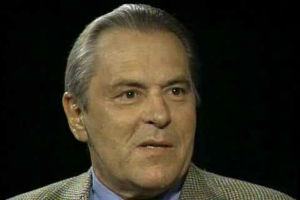 Stanislav Grof (born July 1, 1931) is a psychiatrist, one of the founders of the field of transpersonal psychology and a pioneering researcher into the use of non-ordinary states of consciousness for purposes of exploring, healing, and obtaining growth and insights into the human psyche. Grof received the VISION 97 award granted by the Foundation of Dagmar and Václav Havel in Prague on October 5, 2007.

Grof is known for his early studies of LSD and its effects on the psyche—the field of psychedelic therapy. Building on his observations while conducting LSD research and on Otto Rank's theory of birth trauma, Grof constructed a theoretical framework for pre- and perinatal psychology and transpersonal psychology in which LSD trips and other powerfully emotional experiences were mapped onto a person's early fetal and neonatal experiences. Over time, this theory developed into an in-depth "cartography" of the deep human psyche. Following the suppression of legal LSD use in the late 1960s, Grof went on to discover that many of these states of mind could be explored without drugs by using certain breathing techniques in a supportive environment. He continues this work today under the title "Holotropic Breathwork".

Grof received his M.D. from Charles University in Prague in 1957 and then completed his Ph.D. in medicine at the Czechoslovakian Academy of Sciences in 1965, training as a Freudian psychoanalyst at this time. In 1967, he was invited as an Assistant Professor of Psychiatry at Johns Hopkins University School of Medicine in Baltimore, United States, and went on to become Chief of Psychiatric Research at the Maryland Psychiatric Research Center where he worked with Walter Pahnke and Bill Richards among others. In 1973, he was invited to the Esalen Institute in Big Sur, California, and lived there until 1987 as a scholar-in-residence, developing his ideas.

Being the founding president of the International Transpersonal Association (founded in 1977), he went on to become distinguished adjunct faculty member of the Department of Philosophy, Cosmology, and Consciousness at the California Institute of Integral Studies, a position he remains in today.

Grof was featured in the film Entheogen: Awakening the Divine Within, a 2006 documentary about rediscovering an enchanted cosmos in the modern world. He was also featured in five other documentaries.

Grof distinguishes between two modes of consciousness: the hylotropic and the holotropic. The hylotropic refers to "the normal, everyday experience of consensus reality." The holotropic refers to states which aim towards wholeness and the totality of existence. The holotropic is characteristic of non-ordinary states of consciousness such as meditative, mystical, or psychedelic experiences.[9] According to Grof, these non-ordinary states are often categorized by contemporary psychiatry as psychotic. Grof connects the hylotropic to the Hindu conception of namarupa ("name and form"), the separate, individual, illusory self. He connects the holotropic to the Hindu conception of Atman-Brahman, the divine, true nature of the self. Grof believes that the holotropic mode has been uniquely de-emphasized in the modern West:

All the cultures in human history except the Western industrial civilization have held holotropic states of consciousness in great esteem. They induced them whenever they wanted to connect to their deities, other dimensions of reality, and with the forces of nature. They also used them for diagnosing and healing, cultivation of extrasensory perception, and artistic inspiration. They spent much time and energy to develop safe and effective ways of inducing them.

Grof connects modern man's inability to fully and honestly grapple with his psychic conflicts to the contemporary ecological crisis:

In the last few decades, it has become increasingly clear that humanity is facing a crisis of unprecedented proportions. Modern science has developed effective measures that could solve most of the urgent problems in today's world--combat the majority of diseases, eliminate hunger and poverty, reduce the amount of industrial waste, and replace destructive fossil fuels by renewable sources of clean energy. The problems that stand in the way are not of economical or technological nature. The deepest sources of the global crisis lie inside the human personality and reflect the level of consciousness evolution of our species.

Grof conceives of the use of hallucinogenic drugs to be one method to overcome the West's peculiar aversion to holotropic consciousness:

In one of my early books I suggested that the potential significance of LSD and other psychedelics for psychiatry and psychology was comparable to the value the microscope has for biology or the telescope has for astronomy. My later experience with psychedelics only confirmed this initial impression. These substances function as unspecific amplifiers that increase the cathexis (energetic charge) associated with the deep unconscious contents of the psyche and make them available for conscious processing. This unique property of psychedelics makes it possible to study psychological undercurrents that govern our experiences and behaviours to a depth that cannot be matched by any other method and tool available in modern mainstream psychiatry and psychology. In addition, it offers unique opportunities for healing of emotional and psychosomatic disorders, for positive personality transformation, and consciousness evolution.