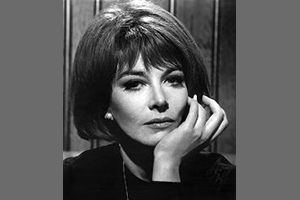 American actress who made her debut at four on the stage of the Metropolitan Opera, thrust into the theater by her eccentric mother and aunt. A member of the American ballet at 11, she was a Broadway ingénue in 1949, leading to films and TV. It was her father who spoke of character and principles.

She won the Oscar for Best Supporting Actress in "Shampoo," 1975, an Obie for "The Maids," a couple of Emmys, "Peyton Place," "The Neon Ceiling," and the respect of her peers.

During the McCarthy era witch-hunts, she was blacklisted because her late husband, Arnold Manoff, had been on the blacklist and she refused to testify against him, leaving her with minimal work, only bit parts for 12 years.

Grant had a daughter, Dinah, from her first marriage. In 1973 she married Joe Feury, a dancer who later moved into producing, and they adopted a two-year-old Thai girl, Belinda. In 2000, she and Joe were living in New York City celebrating 27 years marriage.