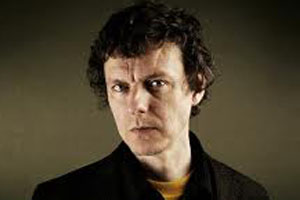 French filmmaker, whose works include being a commercial director, music video director, and a screenwriter. He is noted for his inventive visual style and manipulation of mise en scène. He is the grandson of inventor Constant Martin. He has a teenage son named Paul, who is also an artist. His brother Olivier "Twist" Gondry is also a television commercial and music video director creating videos for bands such as The Stills, Hot Hot Heat, Daft Punk and The Vines.

His career as a filmmaker began with creating music videos for the French rock band Oui Oui, in which he also served as a drummer. The style of his videos for Oui Oui caught the attention of music artist Björk, who asked him to direct the video for her song "Human Behaviour". The collaboration proved long-lasting, with Gondry directing a total of eight music videos for Björk. Gondry, along with directors Spike Jonze and David Fincher, is representative of the influx of music video directors into feature film. Gondry made his feature film debut in 2001 with Human Nature, garnering mixed reviews. His second film, Eternal Sunshine of the Spotless Mind (also his second collaboration with screenwriter Charlie Kaufman), was released in 2004 and received very favorable reviews, becoming one of the most critically acclaimed films of the year. Eternal Sunshine utilizes many of the image manipulation techniques that Gondry had experimented with in his music videos. Gondry won an Academy Award alongside Kaufman and Pierre Bismuth for the screenplay of Eternal Sunshine. The style of Gondry's music videos often relies on videography and camera tricks which play with frames of reference.

Gondry was an Artist in Residence at the Massachusetts Institute of Technology in 2005 and 2006. Later directing the music video for the Paul McCartney song "Dance Tonight", in which Gondry makes a cameo appearance. Gondry directed "Unnatural Love," the fifth episode in season two of HBO's Flight of the Conchords. Interior Design one third of the 2008 anthology film Tokyo! was next for Gondry. Interior Design was based on the comic book "Cecil and Jordan in New York" by Gabrielle Bell but was adapted from New York City to Tokyo for the film.

In 2009, The Thorn in the Heart, another feature documentary, was released, it is about Michel's aunt Suzette and her son Jean-Yves. In 2011, Gondry directed The Green Hornet, a superhero film by Sony starring Seth Rogen, Jay Chou and Christoph Waltz; Rogen co-wrote the script. In 2011, he was the head of the jury for the short film competition at the 2011 Cannes Film Festival. His film The We and the I was selected to be screened in the Directors' Fortnight section at the 2012 Cannes Film Festival.

His latest film is a new adaption of the novel Froth on the Daydream by Boris Vian (French: L'Écume des Jours), titled Mood Indigo, starring Audrey Tautou and Romain Duris. The film is set to be released on 24 April 2013.