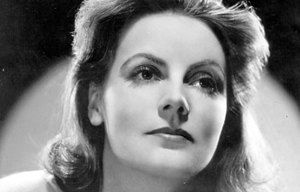 Regarded as one of the greatest and most inscrutable movie stars ever produced by Metro-Goldwyn-Mayer and the Hollywood studio system, Garbo received a 1955 Honorary Oscar "for her unforgettable screen performances" and was ranked as the fifth greatest female star of all time by the American Film Institute.

In addition, it is claimed that the The Guinness Book of World Records named her as "the most beautiful woman who ever lived".

Born Greta Lovisa Gustafsson in Stockholm, Sweden, the youngest of three children born to Karl Alfred Gustafsson (1871–1920) and Anna Lovisa Johansson (1872–1944). Her older sister and brother were Alva and Sven.

Becoming an actress
When Garbo was fourteen years old, her father, with whom she was extremely close, died. She was forced to leave school and go to work.

Her first job was as a lather girl in a barbershop. Greta states in the book Garbo On Garbo page 33 that her relationship with her mother was not strained.

She then became a clerk at the department store PUB in Stockholm, where she would also model for newspaper advertisements. Her first motion picture aspirations came when she appeared in a group of short film advertisements for the department store where she worked, and they were eventually seen by comedy director Eric Petscher. He cast her in a big part for his upcoming film Peter The Tramp in 1922, although her motion picture debut was a year earlier in a low-budget film.

From 1922 to 1924, she studied at the prestigious Royal Dramatic Theatre in Stockholm. While she was there, she met director Mauritz Stiller. He trained her in cinema acting technique, gave her the stage name "Greta Garbo", and cast her in a major role in the silent film Gösta Berlings Saga (English: The Story of Gösta Berling) in 1924, a dramatization of the famous novel by Nobel laureate Selma Lagerlöf.

She starred opposite Swedish film actor Lars Hanson and then starred in two more movies in Sweden and one in Germany (Die Freudlose Gasse - The Joyless Street).

She and Stiller were brought to Metro-Goldwyn-Mayer by Louis B. Mayer when Gösta Berlings Saga caught his attention. On viewing the film, Mayer was impressed with Stiller's direction, but was much more taken with Garbo's acting and screen presence. According to Mayer's daughter, Irene, with whom he screened the film, it was look and emotions that emanated from her eyes that would make her a star.

Unfortunately, her relationship with Stiller came to an end as her fame grew and he struggled in the studio system. He was fired by MGM and returned to Sweden in 1928, where he died soon after.

Throughout this period, Garbo was slowly emerging as a "Galatea" molded by a series of corporate Pygmalions. In photographs and films one can see her change from a pudgy shopgirl until she turns into the perfect Sphinx, the "face" captured in famous pictures by Edward Steichen and Clarence Bull, and other photographers of the period.

Personal life
Garbo was considered one of the most glamorous movie stars of the 1920s and 1930s. She was also famous for shunning publicity, which became part of her mystique. Except at the very beginning of her career, she granted no interviews, signed no autographs, attended no premieres, and answered no fan mail.

Garbo kept her private affairs out of the limelight. According to private letters released in Sweden in 2005 to mark the centenary of her birth, she was reclusive in part because she was "self-obsessed, depressive, and ashamed of her latrine-cleaner father."

Some also suggest that Garbo remained single in the United States because of an unrequited love for her drama school sweetheart, the Swedish actress Mimi Pollak. Garbo's personal letters recently released to the public indicate that she remained in love with Pollak for the rest of her life. When Pollak announced she was pregnant, Garbo wrote: "We cannot help our nature, as God has created it. But I have always thought you and I belonged together."

Garbo's biographer Barry Paris notes that she was "technically bisexual, predominantly lesbian, and increasingly asexual as the years went by." It has been indicated that Garbo struggled greatly with her sexuality, only becoming involved with other women in affairs that she could control.

She reportedly wanted to quit films if they married, but Gilbert wanted her to continue her career. When a marriage was finally arranged in 1927, she failed to show up at the ceremony. After their affair ended, Garbo showed great loyalty to Gilbert after his career collapsed with the coming of sound films, and insisted that he appear with her in 1933's Queen Christina.

Gravestone of Greta GarboGarbo felt her movies had their proper place in history and would gain in value. On February 9, 1951, she became a naturalized citizen of the United States. In 1954 she was awarded a special Academy Award for her unforgettable performances.

In 1953, she bought a seven-room apartment in New York City at 450 East 52nd Street, where she lived for the rest of her life. She reportedly never got over the unfinished affair she had with actress Mimi Pollak in her youth, and in later life became bitter over it.

She would at times jet-set with some of the world's best known personalities such as Aristotle Onassis and Cecil Beaton, but chose to live a private life. She was known for taking long walks through the New York streets dressed casually and wearing large sunglasses, always avoiding prying eyes, the paparazzi, and media attention.

Garbo lived the last years of her life in absolute seclusion. She had invested very wisely, was known for extreme frugality, and was a very wealthy woman. It is rumored that she wrote an autobiography just before her death, but this book has yet to be published if it even exists.

She died in New York on April 15th, 1990, at the age of 84, as a result of end stage renal disease (ESRD) and pneumonia, and was cremated. She had previously been operated on and treated for breast cancer, which she overcame.

She left her entire estate to her niece, Gray Reisfeld, and nothing to the elderly female companion with whom she lived for many years, Claire.

Her ashes are buried at the Skogskyrkogården Cemetery in Stockholm, Sweden.

For her contributions to cinema, she has a star on the Hollywood Walk of Fame at 6901 Hollywood Boulevard. In addition, in 2005 the U.S. Postal Service and Sweden Post jointly issued two commemorative postage stamps bearing her likeness.