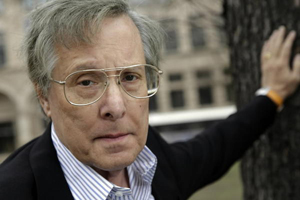 American film director. From the age of 20, he began directing his life output of over 2,000 live TV shows and a dozen documentaries. In 1966, he took a hiatus, leaving TV for 15 years. Returning to show biz, he joined a Hollywood film company in 1967 to direct Sonny and Cher in "Good Times."

From there, he moved on to sleek, sensational, ice-cold thrillers, including: "Cruising," 1980 and "To Live And Die In L.A." 1985. He was best known for the Oscar-winning films "The French Connection," 1971, and the protests associated with the release of "The Exorcist," 1973, which contained gory scenes and religious content that some audiences found offensive.

He married twice, to Jeanne Moreau for 18 months, ending in 1979, and then to Leslie-Anne Down, from whom he was divorced in 1985; each marriage produced one son.