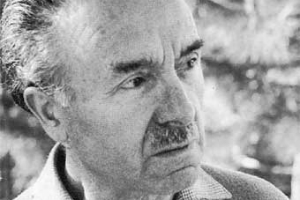 Freinet was born in Provence as the fifth of eight children. His own schooldays were deeply unpleasant to him and would affect his teaching methods and desire for reform. In 1915 he was recruited into the French army and was wounded in the lung, an experience that led him to becoming a resolute pacifist.

In 1920 he became an elementary schoolteacher in the village of Le Bar-sur-Loup. It was here that Freinet began to develop his teaching methods. He married Élise Lagier in 1926.

In 1923 Freinet purchased a printing press, originally to assist with his teaching, since his lung injury made it difficult for him to talk for long periods. It was with this press he printed free texts and class newspapers for his students. The children would compose their own works on the press and would discuss and edit them as a group before presenting them as a team effort. They would regularly leave the classroom to conduct field trips. The newspapers were exchanged with those from other schools. Gradually the group texts replaced conventional school books.

Freinet created the teachers' trade union C.E.L. (Coopérative de l'Enseignement Laïc) in 1924, from which arose the French teacher movement Modern School Movement (Mouvement de l'École Moderne). The goal of the C.E.L was to change public education from the inside with the co-operation of teachers.

Freinet's teaching methods were at variance with official policy of the National Education Board, and he resigned from it in 1935 to start his own school in Vence.

Cooperative learning (travail coopératif): pupils were to co-operate in the production process.

Centres of interest (complexe d'intérêt): the children's interests and natural curiosity are starting points for a learning process

Democracy: children learn to take responsibility for their own work and for the whole community by using democratic self government.

Freinet's work lives on in the name of Pédagogie Freinet, or the Modern School Movement, practised in many countries worldwide.

The Freinet classification ("To organise everything") is used in the libraries of some elementary schools, and was invented by Célestin Freinet to facilitate the easy finding of documents, and the use of the "Bibliothèque de travail".