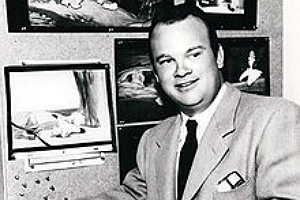 French comics artist (artist name Fred, real name Frédéric Othon Théodore Aristidès) and comic book creator in the Franco-Belgian comics tradition. Fred began his career in his early twenties, getting a cartoon published in the magazine Zéro in 1954. The following years he was published in several magazines, both French and foreign, such as Ici Paris, France Dimanche, Punch and The New Yorker, among others. In 1960, he created the satirical journal Hara-Kiri with Georges Bernier and François Cavanna. He was the magazine's artistic director and drew its first 60 covers. Fred also wrote scenario for several artists, among others Jean-Claude Mézières, Loro, Georges Pichard, Hubuc, Mic Delinx and Alexis.

Fred's most famous creation, Philémon was created in 1965, in a 15 page story intended for the comics magazine Spirou, which ultimately passed on it. René Goscinny, however, asked to publish it in Pilote, which Fred agreed on the condition that he would produce the drawings himself. Goscinny agreed and the first Philémon adventure, Le mystère de la clairière des trois hiboux, was serialised. A last album, Le train où vont les choses, came out on February 22, 2013. It was the first Philémon album since Le diable du peintre was published in 1987, and was intended to give a proper end to the series.