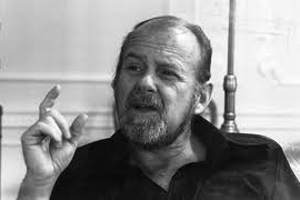 American dancer, choreographer and film director with a career spanning 40 years. The only artist to ever win a Tony Award, an Emmy and an Oscar in the same year, Fosse was one of the most outstanding dance talents of the twentieth century. Along with his prodigious ability in dance, he also excelled in directing in film and television. The son of a ex-vaudevillian father who became an insurance salesman, Fosse grew up on the North Side of Chicago with four siblings. His dance training began as a youth at a neighborhood school but he soon moved on to the Frederick Wheeler School of Ballet where he was the only male enrolled. "I got a lot of jokes and I got whistled at a lot. But I beat up a couple of the whistlers and rest sort of tapered off after a while." At age 13, Fosse teamed up with another young dancer named Charles Grass, and together they formed an act known as The Riff Brothers. Within two years the act was earning the princely sum of more than $100 a week

The Riff Brothers disbanded and, at age 15, the ambitious Fosse took a job as an emcee in local nightclubs. It was at one of these clubs that he choreographed his first dance number using four girls to manipulate ostrich fans to the music of Cole Porter. The innocent teen then brought his dancing skills to burlesque, where his innocence abruptly ended. "I was really unhappy and scared. It left certain impressions on me that weren't too good. I was too young to be exposed to naked ladies." The seedy atmosphere of the burlesque clubs left an indelible impression on the young dancer.

After graduating Amundsen High School in Chicago, Fosse enlisted in the Navy and was posted to entertainment units in the Pacific, where he was given freedom to experiment and create, honing his skills for later success. "I never knew I could handle anything like that until I tried it on Okinawa. From then on, I knew what I wanted and where I wanted to go."

When the war ended, Fosse and his first wife, Mary Ann Niles, formed a dance team and appeared in nightclubs, television and stage musicals. In 1950, he made his Broadway debut in "Dance Me a Song" and two years later went on tour in the lead role in "Pal Joey."

Fosse was offered a contract with MGM in 1953 and moved to Hollywood. He appeared in three musicals and choreographed the film "My Sister Eileen." When movie musicals entered a period of decline, so did Fosse. Despite his remarkable talent and efforts, success was not forthcoming. "My parts were getting smaller. I knew what that meant."

It meant going back to Broadway. In 1955 Director Jerome Robbins tracked down a dancer named Bob Fosse living in a 35 cents a day rooming house, and cast him in the chorus of the show "The Pajama Game." Fosse's work was so impressive he was hired to choreograph the show, which was a huge success and won Fosse his first Tony award. The following year he won his second Tony award (he would eventually win ten) for the choreography of "Damn Yankees," in which Fosse danced a number with chorus member Gwen Verdon. The couple married the same year. They danced together in the film version of "Damn Yankees" in 1958 and Fosse made his directing debut on Broadway the following year starring Gwen Verdon in "Redhead." During this time Fosse also adapted the choreography for 'Pajama Game" and "Damn Yankees" for film.

Three years after the birth of their only child in 1963, daughter Nicole Providence, Fosse crafted the starring role for Verdon in the Broadway musical "Sweet Charity," which he adapted to the screen three years later, making his debut as a film director. While critically acclaimed, the film did not hold popular appeal. It was not until the smash hit "Cabaret" in 1972 that Fosse won the Oscar for Best Director. At his peak, within the year he had also won two Tony's for directing and choreographing "Pippin" on Broadway, and three Emmys for producing, directing and choreographing the television special "Liza With a Z," starring Liza Minelli. Winning a Tony, Oscar and Emmy in the same year is a feat still unmatched by anyone. Such an unprecedented winning streak made Fosse feel "terrific for six days. Then after seven I thought, it's all false. They made me feel I fooled everyone."

The following year Fosse turned his hand to directing his first completely dramatic film, "Lenny," a biography of the tragic comedian Lenny Bruce. "Chicago" was his next smash musical in 1975, followed by "Dancin" in 1978. Fosse parlayed his flamboyance, drive and creative passion into his personal life, with dramatic results. The autobiographical film "All That Jazz" packed movie houses around the world one year later. The story of the brilliant director and choreographer with a frenetic life style who was equally obsessed with work and women, and whose abuse of alcohol and drugs landed him in open-heart surgery, earned nine Oscar nominations and held particular appeal for its brutal honesty about Fosse's infidelities and his self destructive streak. The impact of the film mellowed the gifted yet troubled artist. "I certainly don't pursue ladies as much as I used to" he said after the film's success. "I'm afraid I'll catch them, and than I have to do something. But I find I'm a little more charming and funnier when ladies are around. I seem to strut more. Some inferiority complex when I was a little boy, I suppose. Some need to prove myself."

Fosse was described as self-mocking and frequently dressed in black. He would discuss balding, amphetamines and death, then in the same conversation ask the Schuberts to put up $4 million for a musical. Plagued by self-doubt, he obsessed about translating "that thing in my head" onto the stage or screen. His introspective pessimism followed by crusading confidence was well known. Cy Coleman, composer of "Sweet Charity," once observed of Fosse, "He never believes anything will turn out right. He's dark. But out of the dark he lights a candle. Every time."

The eighties were a decade of professional disappointment for Fosse. His film, "Star 80" in 1983 was panned by critics and three years later his Broadway show "Big Deal" closed after 62 performances. "Big Deal" was a project Fosse had worked on sporadically for 17 years, and its failure was a sore point. In 1987 Fosse revived "Sweet Charity" for the National Theater in Washington D.C. and, while preparing for opening night, suffered a massive heart attack in his hotel room on 9/23/1987 and was pronounced dead of cardiac arrest at George Washington Hospital at 7:23 PM, a trooper to the end. Gwen Verdon, who had been separated from Fosse for a number of years, was at his side. The show went on less than an hour later, but the cast was not informed of Fosse's death until after the show ended. A somber opening night party followed, where legend-in-his-own-time Fosse was toasted to an extended applause.

Fosse's second marriage to dancer Joan McCracken ended in divorce. His legacy continues. "Chicago" has been revived on Broadway and the Broadway hit "Fosse: a Celebration of Song and Dance" opened to rave reviews in January 1999.