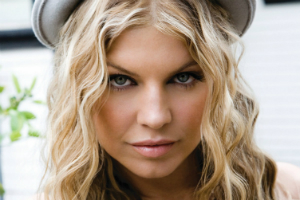 American singer, songwriter, and actress. She is the female vocalist for the hip hop group The Black Eyed Peas, with whom she has achieved chart success worldwide. Her debut solo album The Dutchess (2006) was a major commercial success on the charts and spawned three Billboard Hot 100 number one singles; "London Bridge", "Glamorous", and "Big Girls Don't Cry".

Ferguson was a member of the children's television series Kids Incorporated and the girl group Wild Orchid. In 2001, she left the group and in the subsequent year began to team up with The Black Eyed Peas. With The Black Eyed Peas, she enjoyed a series of hits and albums before she released her solo debut album in September 2006 to success. She has also launched a fashion line of handbags.

While performing with Wild Orchid, Ferguson developed an addiction to crystal methamphetamine which followed her after she left the group in 2001. Ferguson has stated in several interviews that she is an avid user of hypnotherapy, which she used to overcome her crystal meth addiction and to relax.

Ferguson began dating actor Josh Duhamel in September 2004, after she met him when she and the Black Eyed Peas filmed a cameo for an episode of Duhamel's show Las Vegas. Ferguson and Duhamel became engaged in December 2007; they married in a Catholic ceremony on January 10, 2009. They have one son, born in August 2013. In May 2009, Ferguson officially came out as bisexual in The Sun.