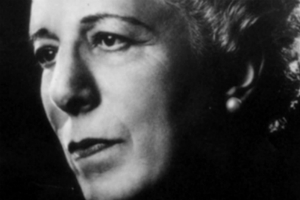 Ferber was born August 15, 1885, in Kalamazoo, Michigan, to a Hungarian-born Jewish storekeeper and his Milwaukee, Wisconsin-born wife, Jacob Charles and Julia (Neumann) Ferber. After living in Chicago, Illinois, and Ottumwa, Iowa, at the age of 12 Ferber and her family moved to Appleton, Wisconsin, where she graduated from high school and briefly attended Lawrence University. She took newspaper jobs at the Appleton Daily Crescent and the Milwaukee Journal before publishing her first novel. She covered the 1920 Republican National Convention and 1920 Democratic National Convention for the United Press Association.

Ferber's novels generally featured strong female protagonists, along with a rich and diverse collection of supporting characters. She usually highlighted at least one strong secondary character who faced discrimination ethnically or for other reasons; through this technique, Ferber demonstrated her belief that people are people and that the not-so-pretty people have the best character.

Several theatrical and film productions have been based on her works, including Show Boat, Giant, Ice Palace, Saratoga Trunk, Cimarron (which won an Oscar) and the 1960 remake. Three of these works – Show Boat, Saratoga Trunk and Giant – have been developed into musicals.

When composer Jerome Kern proposed turning the very serious Show Boat into a musical, Ferber was shocked, thinking it would be transformed into a typical light entertainment of the 1920s. It was not until Kern explained that he and Oscar Hammerstein II wanted to create a different type of musical that Ferber granted him the rights. Saratoga, based on Saratoga Trunk, was written at a much later date, after serious plots had become acceptable in stage musicals.

In 1925, she won the Pulitzer Prize for her book So Big, which was made into a silent film starring Colleen Moore that same year. An early talkie movie remake followed, in 1932, starring Barbara Stanwyck and George Brent, with Bette Davis in a supporting role. A 1953 remake of So Big starred Jane Wyman in the Stanwyck role, and is the version most often seen today.

Ferber was a member of the Algonquin Round Table, a group of wits who met for lunch every day at the Algonquin Hotel in New York. Ferber and another member of the Round Table, Alexander Woollcott, were long-time enemies, their antipathy lasting until Woollcott's death in 1943, although Howard Teichmann states in his biography of Woollcott that their feud was due to a misunderstanding. According to Teichmann, Ferber once described Woollcott as "a New Jersey Nero who has mistaken his pinafore for a toga."

Ferber collaborated with Round Table member George S. Kaufman on several plays presented on Broadway, most notably The Royal Family (1927), Dinner At Eight (1932) and Stage Door (1936).

Ferber never married, had no children, and is not known to have engaged in a romance or sexual relationship. In her early novel Dawn O'Hara, the title character's aunt is said to have remarked, "Being an old maid was a great deal like death by drowning – a really delightful sensation when you ceased struggling." Ferber did take a maternal interest in the career of her niece Janet Fox, an actress who performed in the original Broadway casts of Ferber's plays Dinner at Eight and Stage Door.

Ferber died at her home in New York City, of stomach cancer, at the age of 82.

Ferber was portrayed by the actress Lili Taylor in the 1994 film Mrs. Parker and the Vicious Circle.

In 2008, The Library of America selected Ferber's article "Miss Ferber Views 'Vultures' at Trial" for inclusion in its two-century retrospective of American True Crime.

On July 29, 2002, in her hometown of Appleton, Wisconsin, the U.S. Postal Service issued an 83¢ Distinguished Americans series postage stamp honoring her. Artist Mark Summers, well known for his scratchboard technique, created this portrait for the stamp referencing a black-and-white photograph of Ferber taken in 1927.