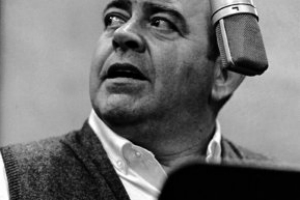 Everhart appeared in such films as 1978's Superman. He was also known for his role as "Enos" (the truck-driver) in 1980's classic horror film, Friday the 13th and its sequel.

He provided the voice of Belle's father, Maurice, in the 1991 musical animated Disney classic, Beauty and the Beast.

Everhart performed in numerous roles on Broadway including 1776 (musical), Chicago, Woman of the Year and the revival of Anything Goes. He was nominated for a 1978 Tony Award as Best Actor (Featured Role - Musical) for Working.

In 1969, he was the understudy to Howard Da Silva in the role of Benjamin Franklin in the musical 1776. When Da Silva suffered a heart attack just prior to the show's opening, Everhart took over the role until Da Silva was well enough to return to the show. Because he appeared in the opening night cast, he was contractually eligible to perform the role on the original Broadway cast recording (Da Silva was finally able to record the role when 1776 was filmed in 1972). Ironically, when 1776 was revived on Broadway in 1997, Everhart again served as the understudy for the role of Benjamin Franklin.

He died of lung cancer in March 2000, three months before his 80th birthday. He was survived by his wife Claire.