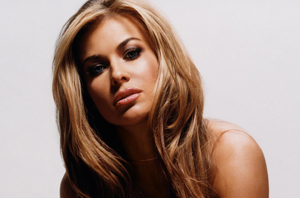 After moving to California, she met singer Prince (a Minneapolis native), who persuaded her to change her name to Carmen Electra. Soon after, she signed a recording contract with Paisley Park Records, Prince's company, marking the start of a short-lived rap career, which included one album.

In 1995, Electra started appearing in various television programs. Then, in May of 1996 she was featured in a nude pictorial in Playboy magazine, the first of several. This exposure led to higher profile television appearances, including Baywatch (cast member from 1997-1998) and MTV's Singled Out. She returned to Baywatch for the 2003 reunion movie, Baywatch: Hawaiian Wedding.

In 1999, she appeared in the Bloodhound Gang's music video of "The Inevitable Return of the Great White Dope."

In 2005, she joined the voice cast of the animated series Tripping the Rift, replacing Gina Gershon as the voice of the sexy android "Six". In late 2006, Carmen began to be featured in commercials by Taco Bell.

Electra is the current spokesmodel for Ritz Camera Centers, appearing in their television and print ads with CEO David Ritz. She is featured in some video spoofs of Lonelygirl15 that are advertising Epic Movie.

She is a playable character in the video game Def Jam: Fight for New York and is one of the celebrity challenges in the video game, ESPN NFL 2K5, along with Steve-O, Jamie Kennedy, and others.