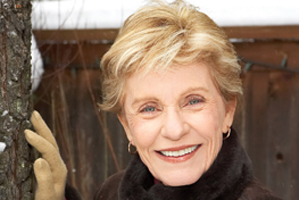 American actress, on-screen from 1958 at age 12. As a juvenile, she won the Oscar as Best Supporting Actress in "The Miracle Worker," 1962. Cast on Broadway in the same play, she lived with her agents, the Rosses, who manipulated her throughout her adolescence. She was given pills and alcohol, used and abused, berated and subjected to attempted sexual abuse, creating an anxious and depressed child. For years she had episodes of depression and suicide attempts, being diagnosed as manic-depressive in 1982. The daughter of an alcoholic dad and an emotionally distraught mom, she was eight when her dad left home and her mom placed her in the hands of John and Ethel Ross. They changed her name from Anna to Patty and became her Svengalis.

A major talent, her career flourished with an Emmy nomination for her series, "The Patty Duke Show," which ran for 104 episodes, 1963 to 1966. She had no idea of the success of the show and never was allowed to watch it, so as not to "turn her head." She was not told what her income was by the Rosses, her managers. Some million and a half dollars disappeared and when she went to collect her trust at 18, there was $84,000 in savings bonds.

Duke's first real romance was with Frank Sinatra Jr. She met him in 1964, when she was 17; it was love at first sight. They have stayed friends ever since. Soon after, she fell in love with 14-year-older Harry Falk, the handsome assistant director of her show. The Rosses objected, and an increasingly rebellious Duke slammed the door on them one day in 1965 and never returned. Patty married Falk a month before her 19th birthday.

She was showing all the symptoms of a manic depressive, rocketing through severe bouts of instability. She found it increasingly difficult to manage even such simple tasks as going to the market. Anorexia was another bullet she added to her self-destruct arsenal. In the summer of 1967, a minor argument with her husband triggered such unbearable anguish that she ran in the bathroom and took half a bottle of Valium. Harry made her throw up, but she was out of it for about three days. The marriage was over, and two years later they divorced. During those two years, Duke turned herself into a reckless, alcohol-dazed wreck, hitting the night spots and picking up guys.

In March 1970 Desi Arnaz Jr. called after seeing her on the Merv Griffin Show. He was a Hollywood-sophisticated 17 and they became the media couple of the moment. They had an intense romance for a few months before Lucy began to lay down ultimatums to her son. After a short break they went back to seeing each other, but in the interim she had run into John Astin (whom she'd first met on a set when she was 17). He was separated from his wife and they had a very brief, very secret affair. When he said he was returning to his marriage, Duke assumed that it was just one of those things. Her assumption had one flaw: she was pregnant. The press had a field day and everyone concluded that Desi was the father. When she delivered her son Sean, the Arnaz family came to the hospital.

In August 1972, Astin, 42, divorced his wife and married Patty Duke, 25. They had a second boy together, Mack, the following year, but the marriage did not survive.

In the fall of 1985, after her divorce from Astin, Duke met Army Drill Sgt. Michael Pearce, whom she married in March 1986. Her sons have both gone into the acting field and Duke continues her movie and TV work. She became president of the Screen Actors Guild in 1987. She wrote her autobiography in collaboration with Kenneth Turan, "Call Me Anna."

On 9/04/2002, Duke was hospitalized with a baseline skull fracture and a concussion in Coeur d'Alene, Idaho when she was bumped by her horse at her ranch.