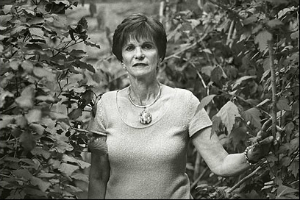 Dukakis was born Katharine Dickson in Cambridge, Massachusetts, the daughter of Jane (née Goldberg) and Harry Ellis Dickson. Her paternal grandparents were Russian Jews; her mother was born to an Irish Catholic father and a Hungarian Jewish mother, and had been adopted by a family of German Jewish descent. Dukakis' father was a member of the first violin section of the Boston Symphony Orchestra for 49 years and also served as Associate Conductor of the Boston Pops Orchestra. Dukakis received her B.A. from Lesley College in 1963, the same year she married Michael Dukakis, and her M.A. from Boston University School of Communication in 1982.

During the 1988 presidential election, a number of false rumors were reported in the media about the Dukakises, including the claim by Idaho Republican Senator Steve Symms that Katharine Dukakis had burned a United States flag to protest the Vietnam War. Republican strategist Lee Atwater was accused of having initiated these rumors.

In 1989, Dukakis was briefly hospitalized after drinking rubbing alcohol. In 1991, Dukakis published her memoir, Now You Know, in which she candidly discussed her ongoing battle with alcoholism. The book also discussed the pressures of being a political wife, and her disappointment over her husband's defeat in the 1988 election. In 2006, she revealed having undergone electroconvulsive therapy treatment beginning in 2001 in order to treat major depression, publishing her experiences in the book Shock.

In 2007, the Lemuel Shattuck Hospital in Jamaica Plain, Massachusetts opened a center for addiction treatment named after Dukakis.

In June 2008, Jason Chaffetz defeated U.S. Representative Chris Cannon in the Republican primary for Utah's 3rd congressional district. Chaffetz's father was briefly married to Kitty Dukakis and so Jason has an older half brother, John Dukakis.

Dukakis would have become the nation's first Jewish First Lady had her husband been elected president.

Dukakis has served on the President's Commission on the Holocaust, on the United States Holocaust Memorial Council, on the board of the Refugee Policy Center, and on the Task Force on Cambodian Children.