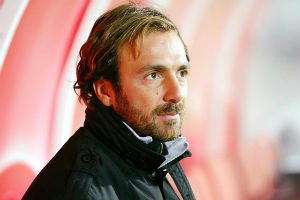 Christophe Jérôme Dugarry , born 24 March 1972, is a former French international footballer. His clubs include Bordeaux, Milan, Barcelona, Marseille, Birmingham City and Qatar SC. He was also a member of the France team that won the 1998 World Cup and Euro 2000.

Dugarry came through the youth ranks at Bordeaux alongside future France teammates Bixente Lizarazu and Zinedine Zidane. Dugarry spent eight years at Bordeaux, hitting 34 goals in 187 appearances. His two goals against AC Milan in the 1996 UEFA Cup quarter finals helped to seal a move to the Italians for the 1996–97 season.

Dugarry managed just 5 goals in 27 appearances for Milan, before joining Barcelona the following season. After just seven appearances he returned to France, having spells with Marseille and returning to Bordeaux, where he played another 65 games, scoring 9 goals. In 2003, he joined Birmingham City on loan. After a run of 5 goals in 5 matches cemented the club's Premiership status, Dugarry joined the club on a permanent deal but could only manage a single goal in 15 appearances before leaving the club by mutual consent, citing family reasons. He signed a one-year contract with Qatar SC, where he made no appearances. Following this, he retired from football in 2005. He has since been inducted in to Birmingham City's Hall of Fame.

Dugarry made his international debut in a 1–0 win against Australia on 26 May 1994. He went on to be capped 55 times for the France national team, scoring eight goals in the process.