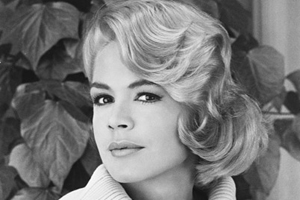 Birth and background
Born Alexandria Zuck to Mary Cimboliak, who was of Rusyn ancestry, and John Zuck, in Bayonne, New Jersey, Dee was a professional model by the age of four. She progressed to television commercials and then made her first film, Until They Sail, in 1957. There is some confusion as to her actual birth year, with evidence pointing to both 1942 and 1944; this likely stems back to her mother's practice of misreporting her age.

Career
In 1958 she won a Golden Globe Award for "Most Promising Newcomer" (along with Carolyn Jones and Diane Varsi). Her film career flourished, and she became known for her wholesome ingenue roles in such films as Imitation of Life, Gidget and A Summer Place (all in 1959).

During the 1970s she took very few acting roles, but made occasional television appearances. Her 1950s persona was the inspiration for the song "Look At Me, I'm Sandra Dee", featured in the 1972 Broadway musical Grease, and the 1978 film version.

Personal life
Her marriage in 1960 to singer/actor Bobby Darin kept her in the public eye for much of the decade. She was contracted to Universal Studios, who tried to develop Dee as a mature actress, and the films she made as an adult--including a few with Darin--were moderately successful. They had one son together, who took the name Dodd Mitchell Darin, but in 1967 she and Darin were divorced.

Reportedly sexually abused as a child by her stepfather, Dee's adult years were marked by ill health. She admitted that for most of her life she battled anorexia nervosa, depression and alcoholism. In 2000, it was reported that she had been diagnosed with throat cancer and renal disease, but it later appeared that the throat scare was unfounded. Complications from the kidney failure (aka End Stage Renal Disease-ESRD), combined with a bout of pneumonia, led to her death on February 20, 2005, in Thousand Oaks, California. She is interred in the Forest Lawn Memorial Park Cemetery in Hollywood Hills.

At the time of her death, she was survived by Dodd, her son with Bobby Darin, and two granddaughters, Alexa and Olivia Darin.

In 1994, Dodd wrote a book about his parents, Dream Lovers: The Magnificent Shattered Lives of Bobby Darin and Sandra Dee, in which he chronicled his mother's anorexia, drug and alcohol problems.

Her life with Bobby Darin has been dramatized in the 2004 film Beyond the Sea, in which she was played by Kate Bosworth.