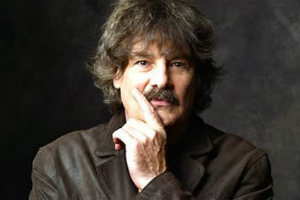 He was the lead singer and frequent keyboardist for the Canadian rock band The Guess Who. During his 10 years in The Guess Who, from 1965 to 1975, he sang and wrote or co-wrote many songs including "American Woman," "No Time," "Share the Land," "Hand Me Down World," "Undun," "Laughing," "Star Baby", "New Mother Nature," and "These Eyes." His solo career includes many Canadian singles including "Stand Tall", "My Own Way to Rock" and "You Saved My Soul."

Cummings was born and raised in Winnipeg, Manitoba, as were all of the other original members of The Guess Who, and attended St. John's High School. His first band was a local Winnipeg R&B group, The Deverons, with an 'E' (not to be confused with the band The Devrons who had Country/R&B hits in the early 1960s). The Deverons with Cummings released two singles on the tiny REO Records label. The first single, "Blue Is The Night / She's Your Lover", was cut in a Winnipeg radio station. The second single, "Lost Love / Feel Alright", was recorded at Kay Bank Studios in Minneapolis, where The Guess Who frequently recorded. He joined The Guess Who in 1965 to replace keyboardist Bob Ashley and shortly thereafter its previous lead singer, Chad Allan, left the band.

Cummings also tried his hand at acting. He appeared alongside Paul Sorvino, Glynnis O'Connor and Don Johnson in the 1982 film Melanie.

Success with The Guess Who

Between 1966 and 1969, The Guess Who were one of the hardest working-bands in Canada. Despite having released several strong singles, a hugely successful split LP ("A Wild Pair", which also featured Ottawa's The Stacattos), and a weekly stint as house band on CBC-TV's "Let's Go!", mainstream success eluded them.

Ultimately, conflict between Cummings and bandmate Randy Bachman—partially ignited by Bachman's then-deepening Mormon religious beliefs—caused a rift in the band. Bachman left and went on to form the band Brave Belt with former Guess Who mate Chad Allan, and later Bachman–Turner Overdrive.

In 1975 Cummings left The Guess Who after 10 years to become a solo artist, and the group disbanded. One of his first projects included providing back-up vocals on Eric Carmen's second solo LP, Boats Against the Current, including "She Did It."

Cummings' subsequent solo hits in Canada included "Stand Tall," which was his greatest American solo hit, peaking at #10 on the Hot 100 and number two on the Adult Contemporary chart . Other hits included: "I'm Scared," "Break it to Them Gently," and "Fine State of Affairs." Cummings charted outside Canada with "Stand Tall" and "You Saved My Soul." His Dream of a Child album released in 1978 was the biggest Canadian album in history at that time. Cummings released a total of eight solo albums and collections from 1976 to 1990. In 1997 he released a live compilation album of his solo performances entitled Up Close and Alone.

Cummings became a resident of Sherman Oaks, California, and began writing and singing for films in the late 1970s. He currently winters in California and returns to Winnipeg in the summer, living in Canada throughout autumn. Besides his music, Cummings purchased part of Winnipeg's "Salisbury House" restaurant chain with manager Lorne Saifer, and is an avid comic book collector.

For several years Cummings has been active on My Space, blogging and posting music and photos. As of June 25, 2010, he unveiled a new website where he will continue his blog – http://www.burtoncummings.net

The Guess Who returns

In 2000 Cummings, Bachman, and original drummer Garry Peterson toured as The Guess Who. Bassist Jim Kale played one show and former Guess Who sidemen Donnie McDougall and Bill Wallace re-joined the line-up through the remainder of the tour in Canada and later in the U.S. The reformed The Guess Who toured with Cummings from 2000 through to the summer of 2003. In 2001 Cummings and the rest of The Guess Who received honorary doctorates at Brandon University in Brandon, Manitoba. Cummings was also made a member of the Order of Manitoba. In 2003, the band played at the so-called "SARSstock" concert in Toronto.

The Bachman-Cummings First Time Around CBC TV Special was released on DVD in November 2006 on the Sony BMG label. In June 2007, Bachman and Cummings released an album titled Jukebox that covered various songs from the 1960s that influenced them. A follow-up album to Jukebox as well as a television special have also been discussed.

They last played together in 2009 at Casino Rama in Orillia, Ontario. Bachman has since rejoined with CF Turner and Cummings has toured on his own with the Carpet Frogs.

Outside of his work with Bachman, in November 2004 Cummings released a single "With God on Our Side", a cover of the famous Bob Dylan song. The single debuted at the 21st spot on the Canadian music internet music chart.

On November 4, 2008, Cummings released his first solo album of new studio material in 18 years titled Above the Ground. The album has 19 tracks of original songs written by Cummings, some of which were written by him many years ago. The album was recorded with his touring band The Carpet Frogs. The release also includes a DVD with a behind the scenes look at the recording process. The first single from the album was "We Just Came from the U.S.A." Originally a Canadian-only release, Above the Ground is now available at Burton Cummings' website and on iTunes.

On December 30, 2009, Cummings was named an officer of the Order of Canada by Governor General Michaëlle Jean. The Order of Canada is one of the country's highest civilian honours, and was established in 1967 to mark a lifetime of outstanding achievement, dedication to community, and service to the nation.

On the November 23, 2010, morning show episode of Canada AM, Cummings announced that he will be releasing a book of poetry. He mentioned that he had been working on it for the past three years, and that it would be available in 2011. The collection of poems will be titled The Writings of B. L. Cummings. He stated that works by Kipling, Keats and Edgar Allan Poe were great inspirations to him during his writing process, saying, "I like to be influenced by the best."

On June 28, 2011, it was announced that Cummings will receive a star on Canada's Walk of Fame and will be inducted on October 1 at Elgin Theatre in Toronto. He previously received a star as part of The Guess Who in 2001.