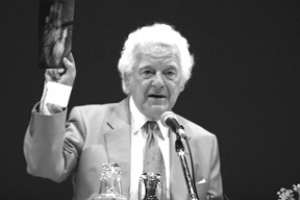 He asserts that the second coming prophesied by many religions will come in the form of Maitreya the World Teacher. Maitreya is the name Buddhists use for the future Buddha, but Creme claims that Maitreya is the teacher that all religions point towards and hope for. Other names for him, according to Creme, are the Christ, the Imam Mahdi, Krishna, and the Messiah. Creme says Maitreya is the "Avatar for the Aquarian Age" and is currently living in London since 19 July 1977.

At the age of fourteen, Benjamin Creme says he became interested in the occult when he read With Mystics and Magicians in Tibet by Alexandra David-Neel. From 1957 to 1959, Creme was the Vice-President of the Aetherius Society, a UFO religion based largely on Theosophy. In 1958 he personally met George Adamski and Creme says he can personally vouch for the authenticity of Adamski's UFO contacts.

Assigned mission by his Master

Creme says he was first contacted telepathically by his Master in January 1959, who asked him to make tape recordings of his messages to Creme. He first began to speak publicly of his mission on 30 May 1975, at the Friends Meeting House on Euston Road in London, England. His central message announced the emergence of a group of enlightened spiritual teachers who could guide humanity forward into the new Aquarian Age of peace and brotherhood based on the principles of love and sharing. At the head of this group was would be a great Avatar, Maitreya, the World Teacher, expected by all the major religions at this time as their "Awaited One"—the Christ to the Christians, the Imam Mahdi to the Muslims, the Messiah for Jews, and the 5th Buddha (Maitreya) for Buddhists.

Creme is a follower of Alice A. Bailey. He claims that, beginning in 1959, he has been contacted telepathically by one of the Masters. He claims to have received messages from Maitreya from 1975 onwards.

In the spring of 1982 Creme placed advertisements in newspapers around the world saying, "The Christ is now here". According to Creme the "Christ", whom he also called "Maitreya", would announce his existence on world wide television broadcasts. Creme stated in these newspaper advertisements that the Second Coming of Christ would occur on Monday, 21 June 1982 (the summer solstice in the Northern hemisphere). On 14 May 1982 Benjamin Creme held a press conference in Los Angeles, USA. Over 90 members of the media attended and heard Creme announce that Maitreya was living within the Asian community, in the Brick Lane area of East London. Creme stated in this press conference when asked "what if someone tried to kill him?" that Maitreya could not be killed because he is invulnerable. He presented the journalists with a challenge: if media made a serious attempt to seek Maitreya in London, he would reveal himself to them.

Creme has stated that when the "Day of Declaration" occurs, "The Christ will come on the world's television channels, linked together by satellite. All those with access to television will see... . He will establish a telepathic rapport with all humanity simultaneously". While the Christ is speaking...  hundreds of thousands of 'miracle' cures  take place simultaneously."

Since Maitreya's failure to appear in 1982, Creme has made a number of additional predictions and announcement of the imminent appearance of Maitreya based on his claims of receiving telepathic messages from a Master of Wisdom.

In 1997 Creme made similar predictions that Maitreya would appear on television and be interviewed around the world. This time there was far less media interest.

On 14 January 2010 Benjamin Creme announced that Maitreya had given his first television interview on US television. Soon afterwards several people in the USA, working from Creme's predictions, concluded that British-American journalist and author Raj Patel was Maitreya. After newspaper articles around the world wrote about this story, Benjamin Creme responded that Raj Patel was not the coming World Teacher in an article in The Guardian newspaper called "Raj Patel is not Maitreya, but the World Teacher is here—and needed."

Creme, who claims that time is now very near for Maitreya's emergence, does not receive any money for this work or royalties from his 14 books, and has for over 30 years given lectures around the world by invitation only. A worldwide network of volunteers works with Benjamin Creme to give his views out to the public.

During an interview in 2006, Creme confirmed his views on the importance of crop circles: "The UFOs have an enormous part to play in the security of this planet at the ecological level.  a new science that will give us energy directly from the sun. Oil will become a thing of the past. No one will be able to sell energy in the future."

Creme has explained how crop circles are made by UFOs in his magazine: "The crop circles are there to draw attention to the fact that the Space Brothers are there. They are amazing constructions. They are made in seconds by the 'ships' of the Space Brothers. They are complex and beautiful constructions which cannot be made in any other way. They appear all over the world but the majority are in the south of England. Why? Because Maitreya is in London."

Creme made a case for the imminent appearance of Maitreya based on his claims of receiving telepathic messages from a Master of Wisdom. Skeptics have ridiculed the story presented by Benjamin Creme, or have taken issue with the possibility that his predictions might have come true. Others have treated Creme’s story with serious interest and are waiting to see what happens.

Between 1989-91, Share International magazine published a series of forecasts given to two journalists by an associate of Maitreya, which Share claims came about with uncanny accuracy. These forecasts were purported to included the fall of the Berlin Wall, the ending of Communist rule in the Soviet Union, the release of Nelson Mandela and the ending of Apartheid in South Africa, the release of kidnapped prisoner Terry Waite, the premature resignation of Margaret Thatcher, and many more. These predictions were distributed as press releases and were included in a book published by Share International Foundation called Maitreya’s Teachings—the Laws of Life.

Some fundamentalist Christian Evangelical sources and other detractors have accused Benjamin Creme of being part of a satanic conspiracy and place him amongst a larger list of “antichrist potentials”.