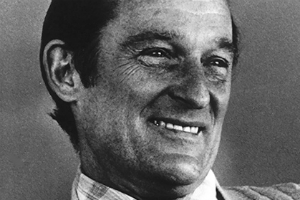 American computer technician, the Thomas Edison of the supercomputing industry who aimed to create the fastest computer in the world. Cray's name became synonymous with cutting-edge technology. His innovations include vector register technology, cooling technologies, and magnetic amplifiers and he was a pioneer in supercomputing. Early vacuum tube computers were big enough to fill a room, weighed tons and used huge amounts of electricity. The transistors made the machines more reliable and allowed for the miniaturization of components, as Cray surmised that smaller was faster.

Cray’s dad was a civil engineer who spent the earlier years of his career working for Northern States Power Company. He surveyed dams before he became the town engineer in Chippewa Falls. His mom provided the social balance of the family. As a kid, Cray was always fascinated with electronics. In high school he spent much of his time in the electrical engineering laboratories. His hobby was toying with electrical equipment of all types: radios, electrical motors, electrical circuits, etc.. Computers were not available for Cray at that time. He graduated from high school in 1943 before getting shipped off to war.

Cray was stationed in Europe after the D-Day invasion but he saw the Battle of the Bulge and battled through Germany to reach the Russians. He was sent out to the Philippine Islands before returning home and resuming his education. In 1950, Cray earned his Bachelor of Science in Electrical Engineering from the University of Minnesota. A year later he received his Masters degree in Applied Mathematics.

Taking the advice of a professor, Cray ventured down the street to Engineering Research Associates (ERA). Since the company was so new, Cray had to research what computing should be and how it works. He soon found out that there was not much material on the subject of computers to be found. So he was led to rely on his own ingenuity. Cray started out working on the 1100 series computers which later turned out to be Univac. He took to working odd hours to avoid distractions from coworkers, a pattern that became a permanent part of his life. The first computer Cray designed by himself was the 1103 computer. From this generation down the line to his Cray-4, Cray integrated the qualities and the solutions of previous generations of computers.

Over the years, the ownership of ERA was transferred several times, during which time people and product did not change. Eventually, the focus of product switched to commercially attractive computers and Cray and his scientific computers were phased out. He moved to join Bill Norris and help start Control Data Corporation with the goal of creating fast scientific computers. He risked a $5,000 investment in company stock. Cray's goal was to create the fastest scientific computer ever. He would design the basics of the computers with such issues in mind as, "What are the instructions in the computer?," "How big is the memory?," and "What is the memory made of?" Once this was decided, the support technicians could create the computer.

Called a crazed genius, he founded Cray Research Institute in 1972, where he helped build the super-computer leading the industry. Supercomputers are defined as computers that have extraordinary high numbers of integrated chips that allow them to process information at much higher speeds than other computers. They are used for sophisticated tasks like forecasting weather or building bombs. The first Cray supercomputer, the Cray-1, was unveiled in 1976. When the company went public in early 1976, it raised $10 million overnight. A month later the company sold its first Cray 1 computer to Los Alamos at a price of $8.8 million. In 1985, it was followed by the Cray-2 which was ten times faster and featured circuits of gallium arsenide instead of silicon chips. His desire to develop the Cray 3 led him to start Cray Computer Inc. in 1988.

A very centered, focused person, he lived for his work. He often walked around with a candy bar in his mouth, hands full of other things. He was the picture of a professor with lots of bright grad students around him. He inspired people and made them feel good. He wrote down everything in notebooks, and later transcribed them onto his Mac. He had a fantastic memory. He was a good listener and rarely wrong in remembering what one said. In his 40's his life became more public, and he visited with potential customers and shareholders, cool, calm, and humorous while being asked hard questions. He preferred to wear slacks and sweaters to suits, disliked press attention, and compared building computers to composing music. Cray was at once the classic individualist and the ultimate engineer. His individualism is legend.

He married wife Jerry; three kids. Cray escaped from the computer world several times a year. He and Jerry would vacation briefly in warmer climes, often in Mexico or the Caribbean. And on summer days, when the wind was up on Lake Wissota, Cray put his pad and pencil aside, grabbed his wind surfboard, and set out to meet the challenge. As a hiker, he loved the Rocky Mountains. He lived and worked most of his life in Chippewa Falls, Wisconsin, keeping a low profile.

Cray Research, Inc. grew into a $150 million-a-year company employing more than a thousand people. In a field where genius is almost taken for granted, Seymour Cray was a towering figure.