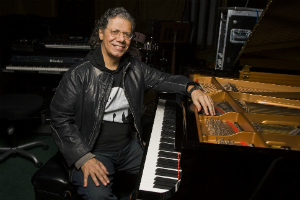 American jazz musician, Corea was playing piano by age four. His parents filled their home with the music of jazz greats and the classics, and Chick was infused with great music from childhood. In 1964, he had his first professional stint with trumpeter Blue Mitchell, a partnership which lasted until 1966.

He spent a year accompanying Sarah Vaughan and subsequently joined Miles Davis’ band playing electric piano. After that he formed his own avant-garde improv group named Circle, but in 1971, after three years of the group, he changed his focus to a softer, samba-flavored sound. In the mid 80s he formed the Elektric Band. In 1992, he formed a recording company called Stretch Records, a label named for its commitment to stretching musical boundaries. In 1996, Stretch Records became a subsidiary of Concord Records, and Chick has recorded much of his later music on this label.

He won his first Grammy award in 1975, followed by Grammy Awards in 1976, two in 1978, another in 1979 and 1981. In 1977, his Latin-element album, "My Spanish Heart" sold 170,000 copies, an unprecedented number at that time for a jazz recording. His music has developed from jazz to jazz-rock to fusion and he has played with many jazz greats including Herbie Hancock.

Corea met his second wife Gayle Moran in the 70s when she began her musical collaboration with him. He has two children, Thaddeus and Liana by his first wife.

His release “The Ultimate Adventure” earned him a 2007 Grammy for Best Jazz Instrumental Album and his “Three Ghouls” took the Best Instrumental Arrangement award.