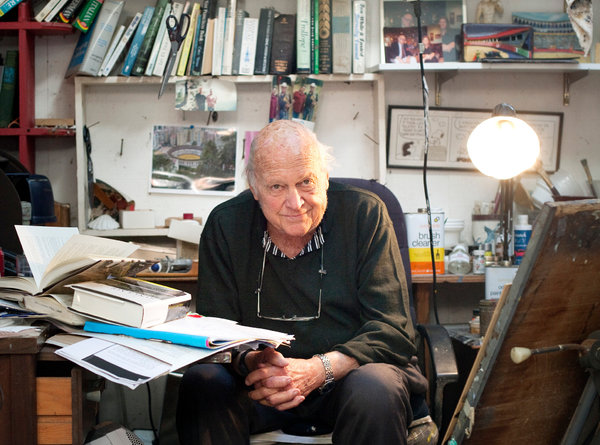 Conrad was American Vice Consul to Seville, Málaga, and Barcelona from 1943 to 1946. While in Spain, he studied bullfighting with Juan Belmonte, Manolete, and Carlos Arruza. In 1945 he appeared on the same program with Belmonte and was awarded the ears of the bull. He is the only American male to have fought in Spain, Mexico and Peru.

In 1947, he worked as secretary to famed novelist Sinclair Lewis. Conrad published his first novel, The Innocent Villa, in 1948. It largely went unnoticed, but his second novel, Matador, sold 3 million copies. John Steinbeck chose Conrad's Matador as his favorite book of the year, and the novel has been translated into 28 languages. Royalties from Matador provided Conrad with the capital to open El Matador nightclub in San Francisco in 1953. Herb Caen, noting that Matador was the publisher's suggested alternative to the original title Conrad had given his second novel, commented on Conrad naming his nightclub after his first best seller: "Who'd ever go eat at a restaurant called Day of Fear?" In 1997 Conrad wrote Name Dropping: Tales From My San Francisco Nightclub, "a jaunty account" about the 10 years he ran El Matador.

In 1958, Conrad was gored almost fatally in a bullfight that was part of a charity event. After learning of the incident, Eva Gabor is said to have run into Noël Coward at Sardi's in New York and asked him, "Did you hear about poor Barnaby? He was terribly gored in Spain." Coward replied, "Oh, thank heavens. I thought you said he was bored."

Conrad served as a Golden Gate Awards juror at the 1959 San Francisco Film Festival. In 1965 he joined the Festival board and served for five years.

Conrad started the Santa Barbara Writers Conference in 1973 at the Cate School, inviting well-known authors such as Eudora Welty, Gore Vidal, Joan Didion and Ross Macdonald. He and his wife Mary directed the literary gathering until Conrad sold the conference in 2004. His son, Barnaby Conrad III, is also a San Francisco based writer.

Conrad died on February 12, 2013 at his home in Carpinteria, California. His death was not unexpected, as he had been in hospice care for three weeks. He was 90.