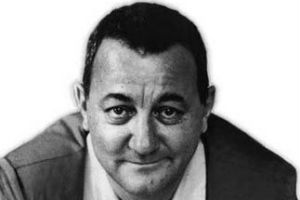 Colucci adopted "Coluche" as a stage name at 26, when he began his entertainment career. He became known for his irreverent attitude towards politics and the “Establishment,” and he incorporated this into much of his material. He was one of the first major comedians to regularly use profanities as a source of humor on French television.

Michel Gérard Joseph Colucci was born on the 28 October 1944, several weeks after the liberation of Paris, in a hospital in the 14th arrondissement of Paris. His mother Simone Bouyer worked as a florist in the Boulevard Montparnasse. His father Honorio Colucci, who originally came from Lazio in Italy, was a painter and decorator. His father died in 1947 at the age of 31 from polio. This left his wife to bring up alone his two children on a meagre salary.

Coluche showed little promise at school and afterwards had various small jobs that he did not stay in for long. He joined the infantry but was imprisoned for insubordination. After returning to civil life, he worked with his mother as a florist.

At the end of the sixties he tried his luck as a singer in cafes. But this was unsuccessful so he turned to humour.

In 1969, with Romain Bouteille he was present at the start of the Café de la Gare. This was the meeting place formed by a group of young comedians of which practically all the initial members were to become famous: Patrick Dewaere, Henri Guybet, Miou-Miou, Martin Lamotte, etc. Amongst the patrons of the Café de la Gare were to be found: Georges Moustaki, Raymond Devos, Jean Ferrat, Jacques Brel, Leni Escudero, Pierre Perret, Jean Yanne. Later they were joined by Gérard Lanvin, Renaud, Rufus, Diane Kurys, Coline Serreau, Anémone, Gérard Depardieu, Thierry Lhermitte, Josiane Balasko and Gérard Jugnot.

His first sketch C'est l'histoire d'un mec dealt humourously with the difficulties of telling a funny story. He quickly became a popular success, but alcohol problems forced him to leave the group.

Afterwards he founded another group: Le vrai chic parisien and it was at this time that he met his future wife Véronique Kantor. They married in 1975 and had two sons. Again his behaviour and addictions forced him to leave this group and launch his solo career.

It was at this point that he began to dress in his well-known outfit: white tennis shoes, blue striped overalls, a bright yellow T-shirt and round glasses. He was sacked by two radio stations for vulgarity.

On October 30, 1980, Coluche organised a press-conference in the theatre where he was performing a one-man show. It was there that he announced his candidacy for the French presidential elections in 1981. At first he was not taken seriously until the day the Sunday newspaper, Le Journal du Dimanche, published a poll on 14 December 1980, crediting Coluche with 16% of voting intentions.

He ended up dropping out of the race because of political and media lobbying following polls that showed a significant part of the electorate might vote for him. Some threats to his life were also mentioned.

In 1984 he was awarded the César Award for Best Actor for his role in the film Tchao Pantin (1983) directed by Claude Berri.

In September 1985, he created the "Restos du cœur" charity (40,000 volunteers in almost 2,500 Restos, which welcome 600,000 beneficiaries a day). This charity was launched by Coluche when he made a speech on the radio station Europe 1. This speech is very famous and begins with the words 'I have a little idea..'. The charity collects food, money and clothes for the needy and the homeless. Each year, a fund-raising concert series is presented by various singers and celebrities, collectively known as les Enfoirés ("the assholes").

In the same month, Coluche won the world speed record for a 750cc motorbike, achieving 252.087 km/h.

Less than a year later, in June 1986, Coluche died when his motorcycle crashed into a truck on a road in the commune of Opio in southeastern France. He was 41. This event provoked national grief and inspired the album Putain de camion ("fuckin' truck") by close friend Renaud. Some conspiracy theories have since surfaced, mainly in the book Coluche, l'accident : contre-enquête, alleging that Coluche may have been murdered.

Coluche won the César Award for "Best Actor" for his role in Tchao pantin (So Long, Stooge, 1983), one of his very few dramatic roles. He also won the Prix National des Euphémismes de Charente-Maritime (National Prize for Understatements of Charente-Maritime) in 1978, at the third try.

The film Coluche, l'histoire d'un mec directed by Antoine de Caunes and relating the events surrounding Coluche's bid for the French presidency in 1981 was released in France in October 2008. François-Xavier Demaison plays Coluche.