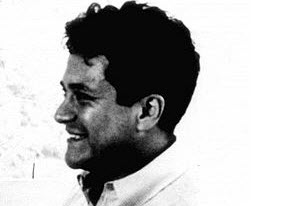 Carlos Castañeda (December 25, 1925 – April 27, 1998) was the author of a series of books that purport to describe his training in traditional Mesoamerican shamanism, which he referred to as a form of sorcery.

In his books, Castaneda narrates in first person the events leading to and ensuing after his meeting a Yaqui shaman named don Juan Matus in 1960. Castaneda's experiences with don Juan allegedly inspired the works for which he is known. He claimed to have inherited from don Juan the position of nagual, or leader of a party of seers. He also used the term "nagual" to signify that part of perception which is in the realm of the unknown yet still reachable by man, implying that, for his party of seers, don Juan was a connection in some way to that unknown. Castaneda often referred to this unknown realm as nonordinary reality, which indicated that this realm was indeed a reality, but radically different from the ordinary reality experienced by human beings. Nagual has been used by anthropologists to mean a shaman or sorcerer who is capable of shapeshifting into an animal form, and/or, metaphorically, to "shift" into another form through Toltec magic rituals, shamanism and experiences with psychoactive drugs (e.g., peyote and jimson weed). Carlos Castaneda's works have sold more than 8 million copies in 17 languages. Oddly enough, even though purportedly the first four books were originally written in Spanish, a translator was needed in order to produce their Spanish editions.

Castaneda claimed to have been born in São Paulo, Brazil on Christmas Day in 1931. Immigration records, however, indicate that he was born six years earlier in Cajamarca, Perú. Castaneda also claimed that "Castaneda" was an adopted name, but records show that it was given by his mother Susana Castañeda Navoa. His surname appears with the Ñ in many Hispanic dictionaries, even though his famous published works display an anglicised version. He moved to the United States in the early 1950s and became a naturalized citizen in 1957. He was educated at the University of California, Los Angeles (UCLA) (B.A. 1962; Ph.D. 1970).

Castaneda wrote twelve books and several academic articles detailing his experiences with the Yaqui Indians indigenous to parts of Central Mexico. His first three books, The Teachings of Don Juan: A Yaqui Way of Knowledge, A Separate Reality and Journey to Ixtlan were written while Castaneda was an anthropology student at UCLA. Castaneda wrote these books as if they were his research log describing his apprenticeship with a traditional shaman identified as don Juan Matus. Castaneda was awarded his bachelor's and doctoral degrees for the work described in these books.

His writings have been criticized by academics, and are seen as highly suspect in terms of strict anthropological fieldwork. Many have tried to corroborate Castaneda’s stories with his own personal history and that of his fellow apprentices. Considering that Castaneda described, as part of his efforts to follow the precepts he learned from the old nagual, don Juan Matus, a personal effort to erase his own personal history, a lack of corroboration from others is not surprising. Indeed, to this day, the facts relating to his birth place and age and the nature of his death remain controversial. Contradictory evidence suggests Castaneda wrote in the traditional allegorical style of the storyteller (ethnopoetics) common to many native Indian cultures.

Perhaps the most highly contested aspects of his work are the descriptions of the use of psychotropic plants as a means to induce altered states of awareness. In Castaneda's first two books, he describes the Yaqui way of knowledge requiring the use of powerful indigenous plants, such as peyote and datura. In his third book, Journey to Ixtlan, he reverses his emphasis on 'power plants'. He states that Don Juan used them on Castaneda to demonstrate that experiences outside those known in day-to-day life are real and tangible.

Castaneda later disavowed all use of drugs for these purposes. He stated that they could inalterably damage the luminous ball of energy emanations from the body, as well as the physical body.. In Journey to Ixtlan, the third book in the series, he wrote:

My perception of the world through the effects of those psychotropics had been so bizarre and impressive that I was forced to assume that such states were the only avenue to communicating and learning what don Juan was attempting to teach me.
That assumption was erroneous.

Castaneda was a popular enough phenomenon for Time magazine to do a cover article on Castaneda on March 5, 1973 (Vol. 101 No. 10).

His fourth book, Tales of Power, ended with Castaneda leaping off a cliff into an abyss, marking his graduation from disciple to man of knowledge (actually a leap from the tonal into the nagual, or unknown). Some writers thought this must necessarily mark the end of his series. They were very surprised to see he continued to produce further books. Despite an increasingly critical reception Castaneda continued to be very popular with the reading public. Twelve books by Castaneda have been published, and three videos released.

In 1997 Castaneda sued his ex-wife, Margaret Runyan Castaneda, over her book, A Magical Journey with Carlos Castaneda; but this was dropped when Castaneda died.

Death
Castaneda purportedly died on April 27, 1998 from liver cancer in Los Angeles. Little is known about his death. There was no public service, Castaneda was apparently cremated and the ashes were sent to Mexico. Journalist Robert Marshall, writing for Salon states that Castaneda did indeed die in 1998 from liver cancer and was cremated by a Culver City mortuary. Mysteriously, a number of women from his inner circle vanished shortly after and are presumed dead from a planned suicide. Only one of these women has been found. The remains of Patricia Partin, sometimes referred to by Castaneda as Blue Scout, Nury Alexander and/or Claude, were found in 2004 near where her abandoned car had been discovered a few weeks after Castaneda's death back in the spring of 1998. Her remains were in a condition requiring DNA identification which was made in 2006. The other women remain missing and are presumed to be dead.