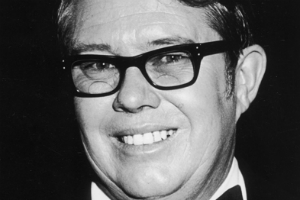 William Alton "Billy" Carter III (March 29, 1937 – September 25, 1988) was an American businessman who promoted Billy Beer, was a candidate for Mayor of Plains, Georgia, and was the younger brother of former Georgia Governor and United States President, Jimmy Carter.

Born in Plains, Georgia, Carter attended Emory University in Atlanta but did not complete a degree. He served four years in the United States Marine Corps, then returned to Plains to work with his brother in the family business of growing peanuts. In 1955, he married Sybil Spires (born 1938), also of Plains, Georgia. They were the parents of six children: Kim, Jana, William "Buddy", Marle, Mandy and Earl, who was 12 years old when his father died.

In 1972, Billy Carter purchased a gas and service station in Plains. He owned and operated it for most of the decade.

Carter ran for mayor of Plains in 1976, but lost the election. It was his only attempt to win elective office.

In 1977, he endorsed Billy Beer, capitalizing upon his colorful image as a beer-drinking Southern good ol' boy that developed in the press when his brother ran for President. Carter's name was occasionally used as a gag answer for a Washington, D.C., trouble-maker on 1970s episodes of The Match Game. He was known for his outlandish public behavior; he once urinated on an airport runway in full view of the press and dignitaries.

After the failure of Billy Beer, Carter was forced to sell his house to settle back taxes owed to the IRS.

In late 1978 and early 1979, Billy Carter visited Libya three times with a contingent from Georgia. He eventually registered as a foreign agent of the Libyan government and received a $220,000 loan. (Edwin P. Wilson claimed he had seen a telegram showing that Libya paid Billy Carter $2 million.) This led to a Senate hearing on alleged influence peddling which the press named Billygate. A Senate sub-committee was called To Investigate Activities of Individuals Representing Interests of Foreign Governments (Billy Carter-Libya Investigation). On August 4, 1980, President Jimmy Carter wrote: "I am deeply concerned that Billy has received funds from Libya and that he may be under obligation to Libya. These facts will govern my relationship with Billy as long as I am president. Billy has had no influence on U.S. policy or actions concerning Libya in the past, and he will have no influence in the future."

A 1985 Wall Street Journal investigation suggested that a series of Billygate articles written by Michael Ledeen and published in The New Republic in October 1980 were part of a disinformation campaign intended to influence the outcome of that year's presidential election. According to the reporting, Francesco Pazienza, an officer of the Italian intelligence agency SISMI, alleged that Ledeen was paid $120,000 for his work on Billygate and other projects. Pazienza was later tried and convicted in absentia for using "extortion and fraud to obtain embarrassing facts about Billy Carter".

A heavy drinker for many years, Carter was diagnosed with pancreatic cancer in the autumn of 1987, and received unsuccessful treatments for the disease. He died in Plains the following year at the age of 51. His death came just five years after the death of his sister Ruth Carter; like Billy, Ruth also died of pancreatic cancer when she was in her 50s.

In 1999, Carter's son William "Buddy" Carter published a biography of his father titled Billy Carter: A Journey Through the Shadows