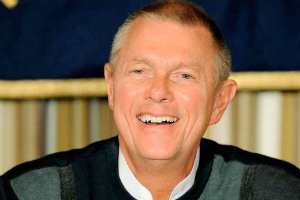 American musician, a member of a popular brother-sister singing team, "The Carpenters" who sold millions of hit records in the early '70s. He started piano at 12 and studied classical piano at Yale before the family relocated to Downey, CA, 1963. He formed his first group in 1965; a jazz-pop instrumental trio with sister Karen on drums and their friend Wes Jacobs (who later took a seat in the Detroit Symphony) on bass and tuba. They won a Battle-of-the-Bands at Hollywood Bowl and landed a contract with RCA. The two singles that they cut were considered "too soft" and never released. The trio broke up in late 1966.

The Carpenter siblings recruited four Cal-State students into the vocal harmony band "Spectrum," playing local gigs. As "The Carpenters" they hit the charts by 1971, moving into Emmy country. They hosted a short-lived variety series on NBC in 1971, and among their credits, played the White House by the request of President Nixon 5/01/1974.

On 2/04/1983, Karen Carpenter died of complications from anorexia at their parents home in Downey, CA, leaving Richard solo. It was over four years before he released his first LP as a single artist.

He first met 18-year-old Mary in 1975 when she visited back-stage, they had a long, roller-coaster courtship. Married to Mary on 5/19/1984, he had his first child, daughter Kristi Lynn, along with his first LP. As laid back as his music, Richard and his family live just minutes away from his folks in Downey.