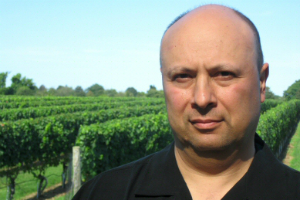 American writer and journalist , Carcaterra is the author of "Sleepers" and "A Safe Place: The True Story of a Father, a Son, a Murder" and screenwriter for the popular TV series "Top Cops."

Carcaterra ultimately turned his childhood in the Hell's Kitchen part of New York to his advantage in his writing career. Claiming he didn't own a book until he was 20, he was nevertheless fascinated by Sir Arthur Conan Doyle's stories of Sherlock Holmes. As a boy, he found out that his volatile father, who worked as a butcher, had killed his first wife in a jealous rage. After his jail term, he went to Italy and married Lorenzo's mother Raffaela whose first husband died of cancer. Lorenzo witnessed his brutal father beat his mother "into a ruin" and said, "I could not bring myself to forgive him for either act [death of his first wife or beating of his second].

Despite his horrific experiences as a child [he claims to have spent time in a brutal reform school but this fact has not been verified], he graduated in 1976 with a bachelor's degree from St. John's University. His first job was copy boy for the New York Daily News, a tabloid. On May 16, 1981, he married an editor for the tabloid and they had two children. He then worked as a staff writer for TV-Cable Week and subsequently, as a freelancer, began publishing articles in a variety of magazines. By 1988 he had broken into television as editor and writer. Finally in 1993, he published his first book, "A Safe Place." His next book "Sleepers" was much criticized. Billed as non-fiction, many of his facts were disputed. Carcaterra claimed only to have altered the truth to protect the people on whom the story was based. The book nevertheless became a national bestseller and was turned into a movie.