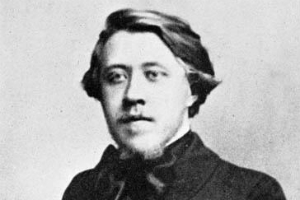 André Caplet (November 23, 1878 – April 22, 1925) was a French composer and conductor now known primarily through his orchestrations of works by Claude Debussy.

This section does not cite any references or sources. Please help improve this section by adding citations to reliable sources. Unsourced material may be challenged and removed. (January 2010)

Caplet was born on a boat sailing between Le Havre (Seine-Maritime) and Honfleur (Calvados), the youngest child of a modest family.

He exhibited an unusual talent and originality during his musical education, and won the Prix de Rome in 1901 ahead of Maurice Ravel. He became a close friend of Claude Debussy, sometimes serving as translator, and he orchestrated part of Debussy's Le Martyre de Saint-Sébastien (Bernac 1978, p. 221; Orledge 2003). He also collaborated with Debussy in the orchestration of La Boîte à joujoux. In 1911, Caplet prepared an orchestration of Debussy's Children's Corner, which, along with his orchestration of Clair de lune from the Suite bergamasque is probably the most widely performed and recorded example of his work.

Caplet was a composer in his own right, whose very innovative works have been sadly overlooked for the most part. Especially interesting is his instrumental use of voices, as in his Septuor à cordes vocales et instrumentales from 1909 and in the oratorio-like Le Miroir de Jésus from 1923, which features "choeur de femmes" in an accompanying role Caplet termed "voix d'accompagnement". He also wrote two works based on the short story The Mask of the Red Death by Edgar Allan Poe: Conte fantastique for harp and string quartet, and an orchestral symphonic study Le Masque de la mort rouge.

While serving in the military during the First World War, he was gassed, which resulted in the pleurisy that killed him. He died in Neuilly-sur-Seine (Hauts-de-Seine), a suburb of Paris, at the age of 46. The next year the sculptor Jacques Zwobada, a native of Neuilly, was commissioned to create a monument to Caplet. This was one of Zwobada's earliest works after he graduated from the École des Beaux-Arts.