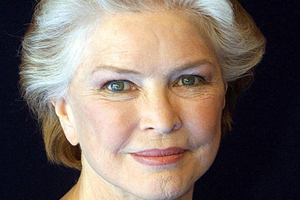 American film and theater actress who was on-screen from 1964, making her TV debut in 1972. Burstyn received a Best Supporting Actress nomination for her role in "The Last Picture Show." Other films include "The Exorcist," 1973, and "Alice Doesn't Live Here Any More," 1974, which won her the Best Actress Oscar the following year. The first woman president of the theatrical union, Actors' Equity, Burstyn was also rewarded a Tony award for her performance in "Same Time, Next Year". A member of the Actors studio, she was the artistic director for six years after the founder, Lee Stasberg, died.

A beautiful woman with red hair (that was blonde for a while), wide set eyes and high cheekbones, Burstyn is the daughter of Irish-Catholic parents who divorced when she was young. A cheerleader in high school, she dropped out and moved to Dallas to marry William Alexander, 1950-55. She then moved to New York where she did some modeling, and danced in the chorus of the Jackie Gleason show. During that time, she used several names: Keri Flynn as a chorus dancer, Erica Dean for a screen test in 1955, Edna Rae on the Gleason show and finally, with her own married name.

In her free time, Burstyn enjoys exercising and has taken up a newfound interest in photography. Her pictures of Kenya were featured in "Darkroom Photography" in August 1989. She calls herself a shy and very private person, who is easily embarrassed when she hears her voice on tape. She married Paul Roberts, 1957-59, then Neil Burstyn, 1960-71 with whom she had one son, Jefferson.

At a time when most actresses are winding down, Burstyn found her career on the rise after she reached 40. She was nominated for a Best Actress award for "The Exorcist," 1973 and won the award (in April 1975) for "Alice Doesn't Live Here Anymore," 1974. Two more Oscar and an Emmy nomination followed in the next few years. After a career that was interspersed with hits and misses, by her 60's Burstyn was still delivering top performances.

Son Jefferson presented her with a granddaughter, Emily, in early 1999. In the fall, 2000, she debuted a new TV series, "That's Life."