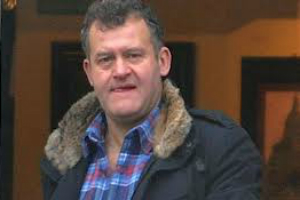 British servant to the British royal family. A personal footman to Queen Elizabeth II, he later became confidante of Diana, Princess of Wales. He was accused and acquitted of stealing personal items belonging to the Princess.

He is the author of the controversial book, "A Royal Duty" about his career and about his close relationship to Diana. The book was published in late 2003.

Burrell grew up in a working class home, the son of a truck driver, who got a job as a trainee footman in the Royal Palace in 1976. Within a year, he was appointed footman to the Queen. In 1984 he married his wife Maria, who was a servant to Prince Philip, and they have two sons. In 1986, the couple joined the household of the Princess of Wales, he as butler and she as maid/dresser. He became close to Princess Diana, and he was devastated at her death.

So close to her was he that he flew to Paris where her body was held, bringing clean clothes and destroying the ones she wore in the accident. He was asked to spearhead the Diana Memorial Fund, a philanthropic fund established in her memory. In September 1997 he was awarded the Royal Victorian Medal by the Queen in recognition of his service to the Royal Family and the Princess of Wales. As his name had become quite well known and his loyalty awarded, he became In demand as a speaker and guru of etiquette and entertaining, even writing newspaper columns and a book on the subject of entertaining in royal style.

On January 18, 2001, he was arrested and accused of stealing over 300 items, including clothes, music CDs and LPs, photographs and letters and a valuable boat model encrusted in jewels, from the Princess of Wales' personal belongings. He was acquitted in November 2002 when it was revealed that he had told the Queen he was keeping some of the Princess' belongings and the Palace dropped charges.

In addition to his 2003 book, "A Royal Duty," Princess Di’s butler found another medium for his memories of life with the Princess of Wales and observations on the Royal Family. On June 20, 2004, he opened his one-man show in London onstage at the Theatre Royal Drury Lane. Not even close to a sell-out, the show then moved to New York City for two performances on June 24 and 25, 2004.