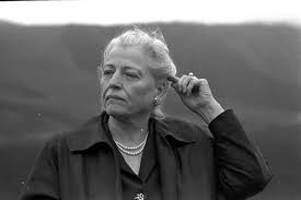 American writer who moved to China as a child with her missionary parents. Her dad, Absalom Sydenstricker, dedicated himself to the cause of saving China's heathens. Lacking a sense of humor himself, he worried that his wife Carrie might be "morally frivolous" with her tendency to laughter. Carrie was lonely and lost in China where she buried four of her children, and became so embittered that she refused to see Absalom on her deathbed. Pearl saw her dad as a fanatic who belittled her work and worth, and her mom as a woman shackled by the deference demanded by her culture. She was also exposed to a Chinese disregard for women and various social horrors. Later, during the war with Japan, she witnessed numerous casualties and had to hide with other Americans when the Japanese plundered Nanking.

At 17, she traveled to Europe, England and the U.S. Growing up and living her life as a world citizen, she was at home everywhere and never fully belonged anywhere. Buck graduated from college in Virginia in 1914 and returned to China to do agricultural work and teach at the University of Peking.

In May 1917, she married Lossing Buck, an agricultural missionary stationed in China, an act which she later called "the worst blunder of her life." Three years later their daughter Carol was born with phenylketonuria, a disease that leads to retardation. For the next 20 years, Buck left out any reference to Carol in biographical material. In 1929, they left the nine-year-old girl at a private facility in New Jersey. To pay the $1,000 a year for her daughter's custodial care, Buck wrote "The Good Earth," which was published in 1931. The following year she was awarded the Pulitzer Prize.

Her husband complimented her nicely though he considered his own newly released book on Chinese agriculture to be more meaningful, and her dad refused to even read the book, saying that he did not have the time. The literary establishment dismissed this and later works as "women's novels," and grumbled when she won the Pulitzer that the prize did not mean what it used to. The missionary community mounted a vicious campaign against her for criticizing their ilk, and J. Edgar Hoover created one of the longest dossiers of any American writer for her assessment of China's situation. The Chinese intelligensia were soured that a white American missionary daughter, rather than a Chinese writer, had won the world's most coveted literary prize for writing about China.

After 21 years in China, Buck returned to America in 1935. Her relationship with Richard Walsh, her editor at John Day, grew into one of the most successful literary partnerships in history. Eventually, Buck and Walsh divorced their respective spouses and married. They had seven adopted kids.

Living well may indeed be the best revenge. Buck dressed expensively, bought large houses, endowed her daughter's institution and supported her ex-husband and his parents. An outsider all of her life, she campaigned against bigotry of all sorts, lecturing on women's issues, calling for an end to the Chinese exclusions acts, condemning the internment of Japanese Americans and raising money for the China relief, black civil rights and children.

Buck was 40 when her first book was published and she continued writing up to an astounding 107 books, including three among the 500 all-time best-sellers and 13 Book-of-the-Month selections, countless essays, plays, short stories, translations of Chinese texts, children's books and even poetry. Her novels are translated into 60 languages, In 1938, she won the Nobel Prize for literature, the only American woman to ever win this award, and she was also honored with the Order of Jade from China and a dozen honorary degrees.