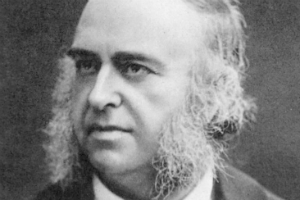 Pierre Paul Broca (28 June 1824 – 9 July 1880) was a French physician, surgeon, anatomist, and anthropologist. He was born in Sainte-Foy-la-Grande, Gironde. He is best known for his research on Broca's area, a region of the frontal lobe that has been named after him. Broca’s Area is responsible for articulated language. His work revealed that the brains of patients suffering from aphasia contained lesions in a particular part of the cortex, in the left frontal region. This was the first anatomical proof of the localization of brain function. Broca's work also contributed to the development of physical anthropology, advancing the science of anthropometry.

Pierre Paul Broca was born on June 28, 1824, in Sainte-Foy-la-Grande, Bordeaux, France, the son of Benjamin Broca, a medical practitioner and former surgeon in Napoleon’s service. Broca’s mother was the daughter of a Protestant preacher. Broca received basic education in the school in his hometown, earning a bachelor's degree at the age of 16. He entered medical school in Paris when he was 17, and graduated at 20, when most of his contemporaries were just beginning as medical students.

After graduating, Broca undertook an extensive internship, first with the urologist and dermatologist Philippe Ricord (1800–1889) at the Hôpital du Midi, then in 1843 with the psychiatrist François Leuret (1797–1851) at the Bicêtre. In 1844, he became an intern with Pierre Nicolas Gerdy (1797–1856), a great anatomist and surgeon. After two years with Gerdy, Broca became his assistant.

In 1848, Broca founded a society of free-thinkers, sympathetic to Charles Darwin's theories. Broca was fascinated by the concept of evolution and once remarked, “I would rather be a transformed ape than a degenerate son of Adam”.

This brought him into conflict with the church, which regarded him as a subversive, materialist, and a corrupter of the youth. The church’s animosity toward him continued throughout his lifetime, resulting in numerous confrontations between Broca and the ecclesiastical authorities.

In 1848, Broca became Prosector of anatomy at the University of Paris Medical School. He was also appointed secretary to the Société Anatomique. In 1849, he was awarded a medical doctorate. In 1859, in association with Étienne Eugène Azam, Charles-Pierre Denonvilliers, François Anthime Eugène Follin, and Alfred Armand Louis Marie Velpeau, Broca performed the first experiments in Europe using hypnotism as surgical anesthesia.

In 1853, Broca became professor agrégé, and was appointed surgeon of the hospital. He was elected to the chair of external pathology at the Faculty of Medicine in 1867, and one year later professor of clinical surgery. In 1868, he was elected a member of the Académie de medicine, and appointed the Chair of clinical surgery. He served in this capacity until his death. He worked for the Hôpital St. Antoine, the Pitié, the Hôtel des Clinques, and the Hôpital Necker.

Near the end of his life, Paul Broca was elected a lifetime member of the French Senate. He was also a member of the Académie française and held honorary degrees from many learned institutions, both in France and abroad.

Broca died on July 9, 1880, at the age of 56 due to a brain hemorrhage. His two sons both became distinguished professors of medical science.

Broca's early scientific works dealt with the histology of cartilage and bone, but he also studied cancer pathology, the treatment of aneurysms, and infant mortality. One of his major concerns was the comparative anatomy of the brain. As a neuroanatomist he made important contributions to the understanding of the limbic system and rhinencephalon. Olfaction was for him a sign of animality. He wrote extensively on biological evolution, then known as transformism in France (the term was also adopted in English at the time but is today used little in either language).

In his later career, Broca wrote on public health and public education. He engaged in the discussion on the health care for the poor, becoming an important figure in the Assistance Publique. He also advocated secular education for women and famously opposed Félix-Antoine-Philibert Dupanloup (1802–1878), Roman Catholic bishop of Orléans, who wanted to keep control of women’s education.

One of Broca’s major areas of expertise was the comparative anatomy of the brain. His research on the localization of speech led to entirely new research into the lateralization of brain function.

Broca is celebrated for his discovery of the speech production center of the brain located in the ventroposterior region of the frontal lobes (now known as Broca's area). He arrived at this discovery by studying the brains of aphasic patients (persons with speech and language disorders resulting from brain injuries).

This area of study began for Broca with the dispute between the proponents of cerebral localization - whose views derived from the phrenology of Franz Joseph Gall (1758–1828) - and their opponents led by Pierre Flourens (1794–1867) - who claimed that, by careful ablation of various brain regions, he had disproved Gall's hypotheses. However, Gall's former student, Jean-Baptiste Bouillaud (1796–1881), kept the localization of function hypothesis alive (especially with regards to a "language center"), although he rejected much of the rest of phrenological thinking. Bouillaud challenged professionals of the time to disprove him by finding a case of frontal lobe damage unaccompanied by a disorder of speech. His son-in-law, Ernest Aubertin (1825–1893), began seeking out cases to either support or disprove the theory, and he found several in support of it.

Broca's Society of Anthropology of Paris became the new platform for the localization of function controversy when several experts of head and brain anatomy joined, including Aubertin. Most of these experts still supported Flourens argument, but Aubertin was persistent in presenting new patients to counter their views. However, it was Broca, not Aubertin, who finally put the localization of function existence issue to rest.

In 1861, Broca heard of a patient, named Leborgne, in the Bicêtre Hospital who had a 21-year progressive loss of speech and paralysis but not a loss of comprehension nor mental function. He was nicknamed "Tan" due to his inability to clearly speak any words other than "tan".

When Leborgne died just a few days later, Broca performed an autopsy. He determined that, as predicted, Leborgne did in fact have a lesion in the frontal lobe of the left cerebral hemisphere. From a comparative progression of Leborgne's loss of speech and motor movement, the area of the brain important for speech production was determined to lie within the third convolution of the left frontal lobe, next to the lateral sulcus. For the next two years, Broca went on to find autopsy evidence from 12 more cases in support of the localization of articulated language.

Although history credits this discovery to Broca, another French neurologist, Marc Dax, made similar observations a generation earlier, but he died shortly after with no chance to further his evidence. Today the brains of many of Broca's aphasic patients are still preserved in the Musée Dupuytren, and his collection of casts in the Musée d'Anatomie Delmas-Orfila-Rouvière. Broca presented his study on Leborgne in 1861 in the Bulletin of the Société Anatomique.

Patients with damage to Broca's area and/or to neighboring regions of the left inferior frontal lobe are often categorized clinically as having Expressive aphasia (also known as Broca's aphasia). This type of aphasia, which often involves impairments in speech output, can be contrasted with Receptive aphasia, (also known as Wernicke's aphasia), named for Karl Wernicke, which is characterized by damage to more posterior regions of the left temporal lobe, and is often characterized by impairments in language comprehension.

Broca first become acquainted with anthropology through the works of Isidore Geoffroy-Saint Hilaire (1805–1861), Antoine Étienne Reynaud Augustin Serres (1786–1868) and Jean Louis Armand de Quatrefages de Bréau (1810–1892), and anthropology soon became his lifetime interest. He spent much time at his Anthropological Institute, studying skulls and bones. In that sense, Broca was a pioneer in the study of physical anthropology. He advanced the science of cranial anthropometry by developing many new types of measuring instruments (craniometers) and numerical indices.

Broca also contributed significantly to the field of comparative anatomy of primates. He was interested in the relationship between anatomical features of the brain and mental capabilities, such as intelligence. He believed, as did many in his time, that man's intellectual qualities could be measured by the size of his brain.

The discovery of Broca's area revolutionized the understanding of language processing, speech production, and comprehension, as well as what effects damage to this area may cause. Broca played a major role in the localization of function debate, by resolving the issue scientifically with Leborgne and his 12 cases thereafter. His research led others to discover the location of a wide variety of other functions, specifically Wernicke's area.

New research has found that dysfunction in the area may lead to other speech disorders such as stuttering and apraxia of speech. Recent anatomical neuroimaging studies have shown that the pars opercularis of Broca's area is anatomically smaller in individuals who stutter whereas the pars triangularis appears to be normal.

He also invented more than 20 measuring instruments for the use in craniology, and helped standardize measuring procedures.