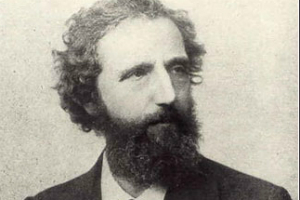 Franz Clemens Honoratus Hermann Brentano (January 16, 1838 – March 17, 1917) was an influential German philosopher and psychologist whose influence was felt by other such luminaries as Sigmund Freud, Edmund Husserl, Kazimierz Twardowski and Alexius Meinong, who followed and adapted his views.

Brentano was born at Marienberg am Rhein, near Boppard. He studied philosophy at the universities of Munich, Würzburg, Berlin (with Adolf Trendelenburg) and Münster. He had a special interest in Aristotle and scholastic philosophy. He wrote his dissertation in Tübingen On the manifold sense of Being in Aristotle. Subsequently he began to study theology and entered the seminary in Munich and then Würzburg. He was ordained a Catholic priest on August 6, 1864. In 1865/66 he wrote and defended his habilitation essay and thesis and began to lecture at the University of Würzburg. His students in this period included, among others, Carl Stumpf and Anton Marty. Between 1870 and 1873 Brentano was heavily involved in the debate on papal infallibility. A strong opponent of such dogma, he eventually gave up his priesthood and his tenure in 1873 and in 1879 left the church altogether. In 1874 Brentano published his major work: "Psychology from an Empirical Standpoint". From 1874 to 1895 taught at the University of Vienna; among his students were Edmund Husserl, Alexius Meinong, Christian von Ehrenfels, Rudolf Steiner, T.G. Masaryk, Sigmund Freud, Kazimierz Twardowski and many others (see School of Brentano for more details). While he began his career as a full ordinary professor, he was forced to give up both his Austrian citizenship and his professorship in 1880 in order to marry, but he was permitted to stay at the university only as a Privatdozent. After his retirement he moved to Florence in Italy, transferring to Zürich at the outbreak of the First World War, where he died in 1917.

Brentano is best known for his reintroduction of the concept of intentionality — a concept derived from scholastic philosophy — to contemporary philosophy in his lectures and in his work Psychologie vom Empirischen Standpunkt (Psychology from an Empirical Standpoint). While often simplistically summarised as "aboutness" or the relationship between mental acts and the external world, Brentano defined it as the main characteristic of mental phenomena, by which they could be distinguished from physical phenomena. Every mental phenomenon, every psychological act has content, is directed at an object (the intentional object). Every belief, desire etc. has an object that they are about: the believed, the desired. Brentano used the expression "intentional inexistence" to indicate the status of the objects of thought in the mind. The property of being intentional, of having an intentional object, was the key feature to distinguish psychological phenomena and physical phenomena, because, as Brentano defined it, physical phenomena lacked the ability to generate original intentionality, and could only facilitate an intentional relationship in a second-hand manner, which he labeled derived intentionality.

“Every mental phenomenon is characterized by what the Scholastics of the Middle Ages called the intentional (or mental) inexistence of an object, and what we might call, though not wholly unambiguously, reference to a content, direction towards an object (which is not to be understood here as meaning a thing), or immanent objectivity. Every mental phenomenon includes something as object within itself, although they do not all do so in the same way. In presentation something is presented, in judgement something is affirmed or denied, in love loved, in hate hated, in desire desired and so on. This intentional in-existence is characteristic exclusively of mental phenomena. No physical phenomenon exhibits anything like it. We could, therefore, define mental phenomena by saying that they are those phenomena which contain an object intentionally within themselves.

He is also well known for claiming that Wahrnehmung ist Falschnehmung ('perception is misception') that is to say perception is erroneous. In fact he maintained that external, sensory perception could not tell us anything about the de facto existence of the perceived world, which could simply be illusion. However, we can be absolutely sure of our internal perception. When I hear a tone, I cannot be completely sure that there is a tone in the real world, but I am absolutely certain that I do hear. This awareness, of the fact that I hear, is called internal perception. External perception, sensory perception, can only yield hypotheses about the perceived world, but not truth. Hence he and many of his pupils (in particular Carl Stumpf and Edmund Husserl) thought that the natural sciences could only yield hypotheses and never universal, absolute truths as in pure logic or mathematics.

However, in a reprinting of his Psychologie vom Empirischen Standpunkte , he recanted this previous view. He attempted to do so without reworking the previous arguments within that work but it has been said that he was wholly unsuccessful. The new view states that when we hear a sound, we hear something from the external world; there are no physical phenomena of internal perception.