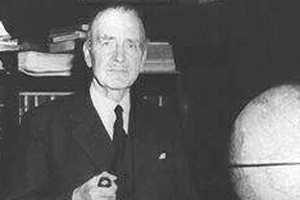 French aviator and industrialist, a pioneer pilot and inventor of the gyro plane. He manufactured a whole stock of military and commercial aircraft. Breguet was the founder of Air France.

As a youth, Breguet joined the family engineering firm, Maison Bréguet, becoming head engineer of its electric service. He built his first airplane in 1909, set a speed record for a flight of 10 kilometers in 1911, and in that year founded the Société des Ateliers d'Aviation Louis Bréguet. In 1912 he built his first hydroplane and in 1917 designed and flew a "gyroplane," the forerunner of the helicopter.

During WW I, Breguet manufactured military planes; his Bréguet-XIX was especially noteworthy. In 1919 he founded the Compagnie des Messageries Aériennes, which became Air France.

In 1927 a Bréguet plane made the first nonstop crossing of the South Atlantic; another made a 4,500-mile flight across the Atlantic in 1933, the longest nonstop Atlantic flight up to that time. Bréguet remained an important manufacturer of military planes during World War II and afterward produced a series of large four-engine transports. Bréguet's last aero plane, the 941, a short-haul and long-haul craft, was a technical though not commercial success and was absorbed by Dassault.