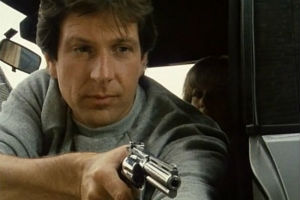 Michael Brandon (born April 20, 1945) is an American actor who resides in London and Los Angeles.

Brandon starred in the TV series Dempsey and Makepeace and Dinotopia, the movies Quattro mosche di velluto grigio (1971), F.M. (1978), A Vacation In Hell (1979) and A Change of Seasons (1980), and the plays Does a Tiger Wear a Necktie? and Jerry Springer - The Opera. Since moving to the UK, Brandon has worked in TV on such shows as The Bill, Trial and Retribution, and Dead Man Weds. He also played the title role in the musical Jerry Springer: The Opera for over a year in the National Theatre and after its transfer into the West End.

Brandon starred in Singing in the Rain Singing in the Rain in the summer of 2012. In 2004, he portrayed Nobel Prize winner Arno Penzias in the BBC TV movie Hawking about physicist Stephen Hawking's early career at the University of Cambridge and began narrating the American version of Thomas & Friends and Abe and the Amazing Promise of Veggie Tales. In February 2008 he began his talk radio show on City Talk, a new local radio station in Liverpool. In 2008 he appeared in the Series 4 finale of the BBC's Doctor Who, as General Sanchez, a UNIT officer. Also in 2008 he appeared in the television series Bones, as Roger Frampton, an American millionaire.

Brandon was offered the role as the narrator of the U.S. version of Thomas & Friends after his performance in Jerry Springer the Opera. HiT Entertainment had approached him and they talked for hours and Brandon had stayed on until 2007, when Pierce Brosnan was going to be the next new narrator for the series, but then he was called back to provide the U.S. narration for series 12 and onwards when Pierce Brosnan did not return. He now also holds the record for being the second longest running narrator in the series.[4] He now works alongside with the CGI voice cast and voices Diesel, Mr. Bubbles, The Maithwaite Stationmaster and The Knapford Stationmaster.

In the early 1970s Brandon was in a relationship with the actress Kim Novak, from 1976 to 1979, Brandon was married to actress Lindsay Wagner (who portrayed Jaime Sommers in the Bionic Woman series). He is currently married to actress Glynis Barber, with whom he co-starred in Dempsey & Makepeace, and the couple remain in the United Kingdom.[1] Brandon and Barber have a son called Alexander Max Brandon, (born November 1992)

In 2011, Brandon guest-starred in an episode of the BBC1 con drama Hustle as Marcus Wendell (series 7, episode 3).

Most recently he was seen in a supporting role in the film Captain America: The First Avenger as a politician who befriends the titular character.