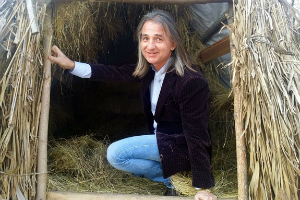 Braco is known as a healer healing by only gazing at the people.

Josip Grbavac was born in Zagreb, Croatia to Viktor and Ivanka Grbavac as an only child on November 23, 1967. He is married, and he and his wife, Dinka, have given birth to one son, Andelon.

It is known that he obtained a Master’s degree in economics in 1991 and then worked as a businessman for two years before meeting his future mentor, the healer Ivica Prokic on October 11, 1993. Jelavic was immediately drawn to Prokic, and he quickly gave up his business career to work with Prokic. He spent the next two years studying under Prokic, until the latter’s death in 1995.