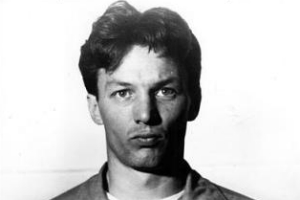 Christopher John Boyce (born 16 February 1953) is a convicted spy who sold US spy satellite secrets to the Soviet Union in the 1970s. He has written a book entitled The Falcon and The Snowman: American Sons, which details the 1970 events leading up to his release in 2002 and his actions afterwards.

Boyce, the son of a security chief at McDonnell Douglas, along with childhood friend Andrew Daulton Lee, were raised in the affluent seaside community of Palos Verdes Peninsula near Los Angeles. In 1974, Boyce was hired at TRW, a Southern California aerospace firm in Redondo Beach, California. His father, in his position as an aerospace security officer, was able to help his son obtain employment. Boyce eventually was promoted to a sensitive job in TRW's "Black Vault" (classified communications center) with a top secret security clearance.

Boyce claims that he began getting misrouted cables from the Central Intelligence Agency discussing the CIA's desire to depose the government of Prime Minister Gough Whitlam in Australia. Boyce claimed the CIA wanted Whitlam removed from office because he wanted to close U.S. military bases in Australia, including the vital Pine Gap secure communications facility, and withdraw Australian troops from Vietnam. Whitlam had also begun making diplomatic overtures to China, as President Richard Nixon had previously done. For these reasons some claim that U.S. government pressure was a major factor in the dismissal of Whitlam as prime minister by the governor general, Sir John Kerr, who according to Boyce was referred to as our man Kerr by CIA officers. Through the cable traffic Boyce saw that the CIA was involving itself in such a manner, not just with Australia but with other democratic, industrialized allies. Boyce considered going to the press, but believed the media's earlier disclosure of CIA involvement in the 1973 Chilean coup d'état had not changed anything for the better.

Instead he gathered a quantity of classified documents concerning secure U.S. communications ciphers and spy satellite development and had his friend Andrew Daulton Lee, a cocaine and heroin dealer since his high school days (hence his nickname, "The Snowman") deliver them to Soviet embassy officials in Mexico City, returning with large sums of cash for Boyce (nicknamed "The Falcon" because of his longtime interest in falconry) and himself.

Boyce, then 23, was exposed after Lee was arrested by Mexican police in front of the Soviet embassy on 6 January 1977, on suspicion of having killed a police officer. During his interrogation Lee, who had top secret microfilm in his possession when arrested, confessed to being a Soviet spy and implicated Boyce. Boyce was arrested on 16 January 1977, when the FBI found him at the shack he was renting near Riverside, CA. He was convicted 14 May 1977, of espionage and sentenced to 40 years in prison, initially at Terminal Island and then the Metropolitan Correctional Center in San Diego. On 10 July 1979, he was transferred to the federal penitentiary in Lompoc, California.

On 21 January 1980, Boyce escaped from Lompoc. While a fugitive, Boyce carried out 17 bank robberies in Idaho and Washington State. Adopting the alias of "Anthony Edward Lester," Boyce did not believe he could live as a fugitive forever, and began to study aviation in an attempt to flee to the Soviet Union, where he believed he would accept a commission as an officer in the Soviet Armed Forces. On 21 August 1981, Boyce was arrested while eating in his car outside "The Pit Stop," a drive-in restaurant in Port Angeles, Washington. Authorities had received a tip about Boyce's whereabouts from his former bank robbery confederates.

Boyce was released from prison on parole on 16 September 2002 after serving a little over 24 years, accounting for his time spent outside from the escape. In October 2002, shortly after Boyce was freed, he married Kathleen Mills. She had lobbied successfully for Boyce's espionage accomplice, Andrew Daulton Lee, to be awarded parole in 1998. Following Lee's release from prison, she turned her attention to freeing Boyce, and the two fell in love through their correspondence. Boyce was released from parole after serving 5 years in July 2008. There are no restitution requirements on Boyce's parole.

Boyce later justified his actions by claiming that he was selling this information in the hopes of fostering peace between the Soviet Union and the United States.

The Falcon and The Snowman: American Sons (2013)

The story of their case was told in Robert Lindsey's best-selling 1979 book The Falcon and the Snowman. This book was turned into a film of the same title in 1985 by director John Schlesinger starring Timothy Hutton as Boyce, and Sean Penn as Lee.

Lindsey's initial book was followed by The Flight of the Falcon: The True Story of the Escape and Manhunt for America's Most Wanted Spy (1983), an account of Christopher Boyce's escape from Federal prison and subsequent bank robbing spree.