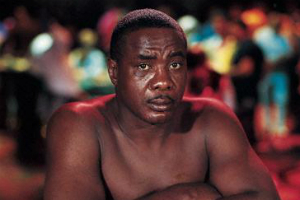 He is a former WBA world light middleweight champion and a welterweight silver medal winner at the 1988 Olympics.

Boudouani turned professional in 1989 and had two early victories over future titlist Javier Castillejo prior to capturing the WBA Light Middleweight Title by defeating Julio César Vásquez by KO in the 5th.

Boudouani successfully defended his title five times, including victories over Carl Daniels, Guillermo Jones, and boxing great Terry Norris. Boudouani lost his title to Olympian David Reid in 1999 by unanimous decision and retired after the bout.