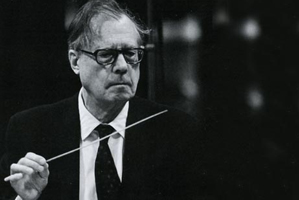 This section needs additional citations for verification. Please help improve this article by adding citations to reliable sources. Unsourced material may be challenged and removed. (February 2008)

The son of a lawyer, Karl Böhm studied law and earned a doctorate on this subject before entering the music conservatory in his home town of Graz, Austria. (His father was originally German-speaking Bohemian from Egerland, while his mother was from Alsace.) He later enrolled at the Vienna Conservatory, where he studied under Eusebius Mandyczewski, a friend of Johannes Brahms.

In 1917 Karl Böhm became a rehearsal assistant in his home town, in 1919 the assistant director of music, and in 1920 the senior director of music. On the recommendation of Karl Muck, Bruno Walter engaged him at Munich's Bavarian State Opera in 1921. In 1927 he was appointed as chief musical director in Darmstadt. From 1931 to 1934 he fulfilled the same function at the Hamburg opera company and was appointed professor.

In 1933 he conducted in Vienna for the first time, in "Tristan and Isolde" by Wagner. He succeeded Fritz Busch, who had gone into exile, as head of Dresden's Semper Opera in 1934, a position he held until 1942. This was an important period for him, in which he conducted first performances of works by Richard Strauss: Die schweigsame Frau (1935) and Daphne (1938), which is dedicated to him. He also conducted the first performances of "Romeo und Julia" (1940) and "Die Zauberinsel" (1942) by Heinrich Sutermeister, and Strauss's Horn Concerto No. 2 (1943).

In 1938 he took part in the Salzburg Festival for the first time, conducting "Don Giovanni," and thereafter he became a permanent guest. He secured a top post at the Vienna State Opera in 1943, eventually becoming music director. On the occasion of the 80th birthday of Richard Strauss, in 1944, he conducted the Salzburg Festival performance of "Ariadne auf Naxos."

After he had completed a two-year post-war denazification ban, Böhm led "Don Giovanni" at Milan's Teatro alla Scala (1948) and gave a guest performance in Paris with the Vienna State Opera company (1949). From 1950 to 1953 he directed the German season at the Teatro Colón in Buenos Aires, and he conducted the first Spanish performance of the opera "Wozzeck" by Alban Berg, translated into Spanish for the occasion. In 1953 he was responsible for the first performance of Gottfried von Einem's work "Der Prozess." From 1954 to 1956 he directed the Vienna State Opera at its reconstructed home. He additionally resumed ties post-war in Dresden, at the Staatskapelle.

In 1957 he made his debut at the Metropolitan Opera in New York, conducting Don Giovanni, and quickly became one of the favorite conductors of the Rudolf Bing era, leading, all told, 262 performances, including the house premieres of Wozzeck, Ariadne auf Naxos and Die Frau ohne Schatten, which was the first major success in the new house at Lincoln Center. Böhm led many other major new productions in New York, such as Fidelio for the Beethoven bicentennial, Tristan und Isolde (including the house debut performance of Birgit Nilsson in 1959), Lohengrin, Otello, Der Rosenkavalier, Salome, and Elektra. His repertoire there also included Le nozze di Figaro,Parsifal, Der Fliegende Holländer, Die Walküre, and Die Meistersinger von Nürnberg.

Böhm made his debut at the Bayreuth Festival in 1962 with "Tristan and Isolde," which he conducted until 1970. In 1964 he led Wagner's "Mastersingers of Nuremberg" there, and from 1965 to 1967 the composer's Der Ring des Nibelungen cycle, which was the last production by Wieland Wagner. These appearances resulted in critically acclaimed recordings of the "Ring" and "Tristan." In 1965 Böhm conducted "Fidelio" in Tokyo. In 1971 he gave performances in Moscow and led Wagner's "Flying Dutchman" at Bayreuth.

Late in life, he began a guest-conducting relationship with the London Symphony Orchestra (LSO) in a 1973 appearance at the Salzburg Festival.[1] Several recordings were made with the orchestra for Deutsche Grammophon. Böhm was given the title of LSO President, which he held until his death. During the 1970s, the conductor led performances at the Royal Opera House in Covent Garden.

Böhm died in Salzburg. His son, actor Karlheinz Böhm, is known for his roles as Beethoven in the Walt Disney film The Magnificent Rebel, as the young Emperor Franz Joseph in the three Sissi movies, and for playing Jacob Grimm opposite Laurence Harvey's Wilhelm Grimm in the 1962 MGM-Cinerama spectacular The Wonderful World of the Brothers Grimm.

Perhaps Böhm's greatest contribution to music lay in bringing to life the operas of his close colleague Richard Strauss. He conducted the premieres of Strauss's late works Die schweigsame Frau (1935) and Daphne (1938), of which he is the dedicatee, recorded all of the major operas (but often making cuts in the scores), and regularly revived Strauss's operas with strong casts during his tenures in Vienna and Dresden, as well as at the Salzburg Festival.

Böhm was praised for his rhythmically robust interpretations of the operas and symphonies of Mozart, and in the 1960s he was entrusted with recording all the Mozart symphonies with the Berlin Philharmonic. His brisk, straightforward way with Wagner won adherents, as did his readings of the symphonies of Brahms, Bruckner and Schubert. His 1971 complete recording of the Beethoven symphonies with the Vienna Philharmonic was also highly regarded. On a less common front, he championed and recorded Alban Berg's avant-garde operas Wozzeck and Lulu before they gained a foothold in the standard repertory.

He received numerous honors, among them first Austrian Generalmusikdirektor in 1964. He was widely feted on his 80th birthday ten years later; his colleague Herbert von Karajan presented him with a clock to mark that occasion. An unyielding austerity contrasted with a youthful spirit, his sensitivity, authority and total commitment to the music, characterized this conductor, who always took a subordinate position to the works he conducted and led a diligent lifestyle.