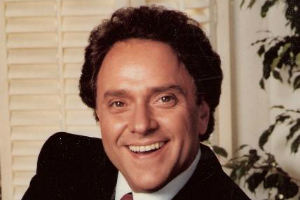 American entrepreneur who took over Buddah Records in 1967 to become the Bubblegum-Rock King of America. He founded Casablanca Records in 1974 and was the man, as much as anyone, responsible for the disco craze of the late '70s.

The son of a Brooklyn postal worker, Bogart chased stardom every way he could. He tried being an actor, a dancer, a singer. Under the name Neil Scott he had a mini-hit called "Bobby" in 1961. Performing was not his area but when he went into promotion, he began to find his niche. He became head of Cameo-Parkway Records when he was 25. He had the right feel for what made a hit and reached his youth market with an undisputed genius. In spite of his share of flops, he became a multimillionaire record producer.

His huge success was fleeting as music tastes changed at the same time that he was getting accustomed to living well. When he moved to Los Angeles in 1973, he was close to broke and two years later, deeply in debt and near bankruptcy at the time he started Casablanca. Bogart promoted financial backing in 1976 to produce his first movie, "The Deep," which was the first successful picture in a series of three. In 1978, he sold a half interest in his company for $15 million, and in 1980s, sold Casablanca for $30 million and started the Boardwalk company. A maverick in the industry, Bogart was happiest when he was in the clubs, at the radio stations and on the street. He wanted to once more work hands-on with the promotion, talent-scouting, the artists, marketing and advertising. He loved finding long-shots and making them work, such as "Kiss" and "The Village People."

From 1965-1974, Bogart was married; the relationship produced three kids. In 1976, he was married for the second time to Joyce; one child.

Hospitalized off and on from mid-April, 1982, he died of cancer at 39, on 5/08/1982, Los Angeles, CA. He had a kidney removed the prior year and was undergoing cancer treatment but did not tell anyone the extent of his illness. The shock waves washed over the music industry at the loss of one of their giants, especially well liked in the business, with unending enthusiasm and curiosity; a towering influence.