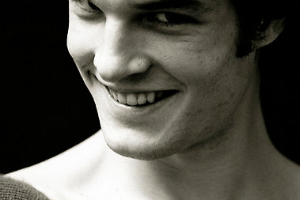 American ballet principal with the American Ballet Theater who made a rapid rise, was an outstanding dancer and was sensational on stage. Handsome, athletic and driven, he was hyper from the time he was a child. A womanizer, he bragged that he had been drinking from the time he was ten and shooting up heroin by 14. Eventually, he became addicted to drugs.

A star from the time he was 21 in the elite, high-pressure world of New York ballet, premier danseur Bissell was a hard-drinking, hard-doping 6' 2" wild boy who favored motorcycles and cowboy boots, and who partnered - and bedded - some of the world's most beautiful ballerinas. At his peak, he was making $250,000 a year, half of which was going for drugs.

Though he played the bad boy, he was also kind, compassionate and overly sensitive, one of the walking wounded who blazed like a brief skyrocket. Vulnerable and pained, he had been severely abused as a child by his mom, though his twin brother managed to avoid the abuse. The son of a computer programmer and a housewife, he was one of six kids. His mom was an abuse victim who passed on her experience, especially beating on the boys. She attempted suicide twice. From childhood, Patrick was bold and a fighter with an appealing sexuality. He discovered ballet at 10 through his sister's classes and at 14, left home to study at the National Academy of Dance in Champaign, Illinois, and later at the North Carolina School of the Arts. In 1977 he joined American Ballet Theatre, swiftly rising to the top of his field.

He married a dancer, three-year-older Jolinda Menendez, in June 1982; the relationship lasted for nine months. He continued to philander, drink and do drugs. He had devastating depressions and once, slashed his wrist. His performances became increasingly erratic; he was rude, unreliable and missed key rehearsals. Gaunt and wild-eyed, he could put away a quart of vodka in four hours. The anguished process of decay slowly and inexorable moved forward as Bissell lost the respect of colleagues, lost roles and gradually, lost his life. He was found dead in his New York apartment on 12/29/1987, age 30.