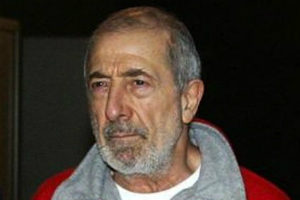 Donato "Walter" Bilancia (born July 10, 1951) is a serial killer who murdered 17 people – nine women and eight men – on the Italian Riviera in the seven months from October, 1997 to May, 1998. He was sentenced to 13 terms of life imprisonment, with no possibility of release.

Bilancia was born in Potenza, in southern Italy, in 1951. When he was about five years old, his family moved to northern Italy, first to Piedmont and then to Genoa in the Liguria region. He was a chronic bedwetter until age 10 or 12, and his mother shamed him by placing his wet mattress on the balcony where it could be seen by the neighbors. When undressing him for bed, his aunt would shame him by pulling down his underwear in front of his cousins to show his underdeveloped penis. At age 14, he decided to start calling himself Walter. He dropped out of high school and worked at jobs such as mechanic, bartender, baker and delivery boy.

While still underage, he was arrested and released for stealing a motor scooter and for stealing a truck loaded with Christmas sweets. In 1974 he was stopped and jailed for having an illegal gun. At some point he was committed to the psychiatric division of the Genoa General Hospital, but escaped. After he was apprehended, he spent 18 months in prison for robbery. He served several prison terms in Italy and France for robbery and armed robbery. In spite of his history of psychiatric problems, up to age 47 he had no record of violence.

Bilancia was a compulsive gambler who lived alone. His first murder was the October 1997 strangulation of a friend who betrayed him by luring him into a rigged card game, in which he lost £185,000 (about $267,000). The authorities originally thought this death was a heart attack. Bilancia's next two murders were the revenge shooting of the game's operator, and of his wife. He emptied their safe afterward. Bilancia later said these first killings gave him a taste for murder. In all his killings he used or carried a .38 caliber revolver loaded with wad cutter ammunition. He made no attempt to conceal his victims' bodies.

That same month, he followed a jeweler home to rob him, then shot him and his wife to death when the wife began screaming. He emptied their safe of jewelry.

In March 1998, while receiving oral sex at gunpoint from a transsexual prostitute, he shot and killed two night watchmen who interrupted, then shot the prostitute, who survived to help develop a police sketch and later testify against him. He also killed a Nigerian prostitute and a Ukrainian prostitute, and robbed and assaulted an Italian prostitute without killing her.

On April 12, 1998 he boarded the train from Genoa to Venice because he "wanted to kill a woman". Spotting a young woman traveling alone, he followed her to the toilet, unlocked the door with a skeleton key, shot her in the head and stole her train ticket. Six days later, he boarded the train to San Remo and followed another young woman to the toilet. He used his key to enter, then used her jacket as a silencer and shot her behind the ear. Excited by her black underwear, he masturbated and used her clothes to clean up. The murders of two "respectable" women sparked a public outcry and the creation of a police task force.

In his last killing before his arrest, Bilancia murdered a service station attendant after filling up with petrol, then took the day's receipts, about 2 million lira (about $1000).

Based on the description of the black Mercedes one of his prostitute victims was seen entering the night she was killed, police considered Bilancia "suspect number one" and followed him for ten days. They collected his DNA from cigarette butts and a coffee cup, matching it to DNA found at crime scenes. On May 6, 1998 he was arrested at his home in Genoa and his revolver seized. After eight days in police custody he confessed, speaking for two days and drawing 17 diagrams.

On April 12, 2000, after an 11-month trial, Bilancia was sentenced to 13 terms of life imprisonment plus an additional 20 years imprisonment for the attempted murder of the transsexual prostitute. The judge ordered that he never be released.