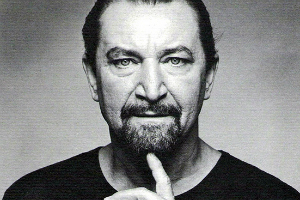 French dancer, choreographer, ballet and opera director; his style incorporates an eclectic blend of jazz, avant-garde music and nontraditional dance forms. He is known as the master of contemporary dance, using dance as the vehicle in spectacular productions for broad political or spiritual message.

Maurice was the son of the eminent philosopher Gaston Berger. He began dancing relatively late in life after he obtained a degree in applied psychology. In 1946 he created his first piece of choreography. He chose his own pseudonym, ‘Béjart,’ after an important family of actors. He toured with several ballets in Europe from 1947 to 1952. In 1954 he founded Les Ballets de l'Étoile and choreographed his masterwork, "Symphonie pour un homme seul." His other ballets include "Voilà l'homme," "Promethée," and "Sonate à trois."

After performances for Belgian television in 1959, he was commissioned to create a very successful ballet on Stravinsky's "Le sacre du printemps," which led to the formation of the Ballet of the XXth Century the following year. In 1960 he became director of ballet at Brussels' Théâtre Royal de la Monnaie. In 1961 Béjart launched his career as an opera director. His original works include a musical, "The Green Queen" in 1963, and ballets including "Bolero" in 1960, "Ninth Symphony" in 1964, "Firebird" in 1970, "Nijinsky, Clown of God" in 1971, and "Notre Faust" in 1975.

In 1987 the troupe moved to Lausanne, Switzerland and was renamed Béjart Ballet Lausanne. On 3/29/1994 Béjart was honored with admission into France's prestigious Académie Française, the first time in the 300 years of its existence that dance has been represented.

With his small stature, invariably dressed in black or dark clothes, dark eyebrows over pale blue eyes, trademark goatee, tireless work and demanding style he makes a strong impression. "On stage, the slightest secrets of the human soul are revealed. Better than an introspection, it's like psychoanalysis," asserts Béjart.

In 1980, he authored an autobiography, "Bejart by Bejart."