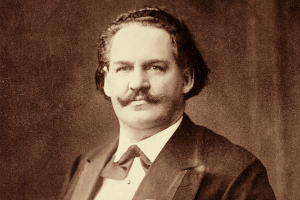 C. Bechstein piano factory was founded on 1 October 1853 by Carl Bechstein in Berlin,Germany.

Carl Bechstein set out to manufacture a piano able to withstand the great demands imposed on the instrument by the virtuosi of the time, such as Franz Liszt. By 1870, with the endorsements by Franz Liszt and Hans von Bülow, Bechstein pianos became a staple at many concert halls, as well as in private mansions.

Bechstein was the official piano maker for the csars of Russia, the royal families of England, Spain, Italy, Sweden, Belgium, the Netherlands, and Denmark, and other royalty and aristocracy.

Bechstein was the official piano maker for the tsars of Russia, the royal families of Spain, Belgium, the Netherlands, Italy, Sweden, Norway, Austria and Denmark, and other royalty and aristocracy.