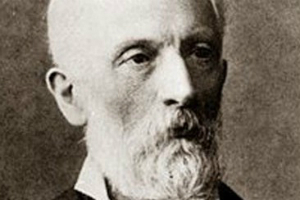 German polymath best remembered for his contributions to the development of ethnography and the development of anthropology as a discipline. Modern psychology owes him a great debt, because of his theory of the Elementargedanke, which led to Carl Jung's development of the theory of archetypes, besides influencing work of comparative mythologist Joseph Campbell. He theorized that there is a general psychic unity of humankind that is responsible for certain elementary ideas common to all peoples.

Bastian proposed that cultural traits, folklore, myths, and beliefs of various ethnic groups originate within each group according to laws of cultural evolution and are essentially the same, merely differing in form because of geographic environment. His views are thought to have influenced a number of prominent anthropologists, including Bronis?aw Malinowski.

After earnning a degree in medicine in 1850, he became a ship's doctor and began an eight-year voyage which took him around the world. This was the first of what would be a quarter of a century of travels outside the German. He returned to the in 1859 and wrote a popular account of his travels along with an ambitious three volume work entitled "Man in History", which became one of his most well-known works.

In 1861 he undertook a four-year trip to Southeast Asia and his account of this trip, "The People of East Asia" ran to six volumes. He became involved in the creation of several key ethnological institutions in Berlin. He had always been an avid collector, and his contributions to Berlin's Royal museum was so copious that a second museum, the Museum of Folkart, was founded largely as a result of Bastian's contributions. Its collection of ethnographic artifacts became one of the largest in the world for decades to come.

He also worked with Rudolf Virchow to organize the Ethnological Society of Berlin. During this period he was also the head of the Royal Geographical Society of Germany.

In the 1870s he began travelling extensively in Africa as well as the New World.

He died in Port of Spain, Trinidad and Tobago during one these journeys on 2 February 1905.