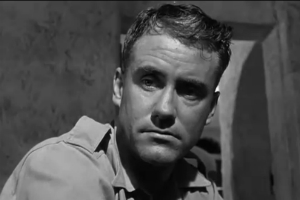 Bannen was known for starring as the character Christopher Lowe in From Beyond the Grave (1974), Jim Prideaux in the BBC production of Tinker Tailor Soldier Spy (1979), and Jackie O'Shea in Waking Ned Devine (1998).

Bannen was born in Airdrie, North Lanarkshire, the son of Clare (née Galloway) and John James Bannen, a lawyer. Bannen served in the British Army after attending St Aloysius' College, Glasgow and Ratcliffe College, Leicestershire. His first acting role came in a 1947 Dublin stage production of Armlet of Jade. He became a successful figure on the London stage, making a name for himself in the plays of both Shakespeare and Eugene O'Neill. He was an original member of the Royal Shakespeare Company and appeared on Broadway as well.

His film debut occurred in the early 1950s with a small role in Pool of London (1951), and he quickly rose to prominence, primarily in a wide range of supporting roles. He had a very significant role as Stoker Samuel Bannister in the Yangtze Incident. During the early stages of his career he worked with the Boulting Brothers on Private's Progress and Carlton-Browne of the F.O.. His performance as Crow in The Flight of the Phoenix (1965) earned him an Academy Award nomination for Best Supporting Actor, making him the first Scottish actor to receive this honour; he also received a Golden Globe nomination for New Star of the Year - Actor. That same year, he starred alongside Sean Connery in the WW2 prison drama, The Hill.

Bannen turned down lead roles in Hawaii Five-O, Van der Valk and The Love Boat. His notable television appearances include parts in Doctor Finlay, Thriller, and as a school teacher and ex-spy in Tinker, Tailor, Soldier, Spy.

Director John Schlesinger cast him as a replacement for Alan Bates in the part of well-off homosexual doctor Daniel Hirsh in his controversial film Sunday Bloody Sunday (1971), after Bates was deemed unavailable to shoot. According to screenwriter Penelope Gilliatt, Bannen never felt comfortable with the part. The anxiety adversely affected his performance during the early filming. Schlesinger replaced Bannen with Peter Finch, who received an Oscar nomination for the role.

In 1996, he was honoured with the BAFTA Lifetime Achievement Award.

Bannen suffered massive injuries in a car accident and died in 1999 at Knockies Straight, near Loch Ness. He was a passenger in a car driven by his wife, Marilyn Salisbury. He was 71 years old, and was survived by his wife, to whom he had been married since 1976. They had no children.

Coatbridge College, Lanarkshire presents The Ian Bannen Memorial Award to the best actor or actress in their classes every year.

Bannen was posthumously given the 2000 Glenfiddich Spirit of Scotland Award.