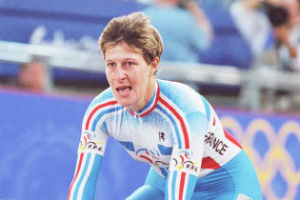 Félicia Ballanger is one of two children. Her mother named her Félicia after the Italian Tour de France winner Felice Gimondi and her brother, Frédéric, after the Spanish winner, Federico Bahamontes).

Ballanger was at first both a cyclist and a handball player. For cycling she was a member of Vendée la Roche Cycliste.

Her last international was the 2000 Olympic Games in Sydney. She won the 500 metres. In 2001, she became vice-president of the Fédération Française de Cyclisme.

Ballanger is married, has two children and has lived in Nouméa since 1998. She is involved in politics there. She was a television commentator during the Olympic Games in Beijing in 2008.