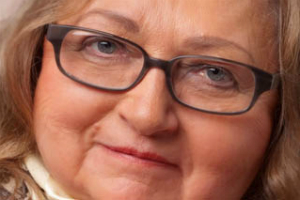 American author of the continued story of a Cro-magnun heroin, first conceiving her character in 1977. The first three books were best-sellers, "Clan of the Cave Bear," 1980, "Valley of the Horses," 1982 and "The Mammoth Hunter," 1985. A film was made in 1986 of the first book. The books have been translated into some 15 languages. The series as a whole number six books to complete the story of Ayla, finishing in the caves of southern France.

A tomboy as a kid, Auel had an active imagination. She always read profusely, and later became a member of Mensa. The daughter of a Chicago house painter, she married Ray Auel at 18, in 1954 , and had five kids by the time she was 25. She took an active roll in the two-income family, working her way from secretary to electronics technician to bank credit manager. In 1976 she completed her MBA. The following year she became obsessed with her research and writing of the cave-people, beginning her writing career at the age of 40.

By the time her first two books exploded into the literary scene, holding the No. 1 spot on the best-seller lists for 18 weeks, she built a great house on the Oregon coast.

With her husband as her business manager, Auel has become a veteran of the lecture circuit, doing book tours and promo exhibits, a plump, rosy matriarch of her own clan.