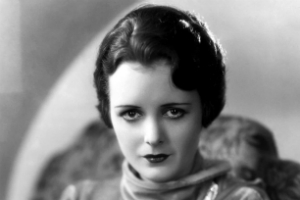 American actress, on-screen from 1920. Her career spanned 45 years with 109 movies. She was the quintessential star of her era who maintained her career well into the next generation.

As a kid, Astor entered a Fame and Fortune contest given in a movie magazine. After she was named a semi-finalist, her dad decided that show biz did indeed represent fame and fortune through his finely featured daughter, with her huge eyes and classic profile. He moved his family to Chicago, then New York in 1920. A 14-year-old wanna-be did not open doors easily and they lived on short rations. She finally was signed to a six-month contract with Paramount, out of which nothing developed other than a new name, Mary Astor. However, in 1921 she was cast in a two-reeler, "The Beggar Maid," which proved to be her first success. In 1922 she had her first feature role. She was dominated by her ambitious parents and dictatorial father, and the family moved to Hollywood in 1923.

Her first Hollywood role and her first love affair was with John Barrymore at 17, in "Beau Brummel." She won an Oscar as the Best Supporting Actress in "The Great Lie," 1941.

After making 39 silent flicks, in 1929 her voice was deemed "too masculine" for talkies. She went ten months without work. She broke the jinx by acting in a local play in which her voice was praised as being low and vibrant. "Same girl. Same voice," she later wrote. Her first talkie, "Ladies Love Brutes," with Fredric March, was released in 1930.

In later years Astor played innumerable mothers, as in "Meet Me in St. Louis," "Thousands Cheer," and "Little Women."

It took years to break free of her parents. She grew up angry and resentful, but her dad managed her money and her mom answered her questions for her. When she finally asked that her paycheck come to her and withdrew financial support of her parents, they sued her in 1934. After losing, they moved to Lancaster, CA, comfortably on the money they had made through her.

Still deeply insecure, Astor's drinking began about that time. She married Kenneth Hawks in 1928. Their sex life was poor and she had an abortion of a baby she'd conceived with someone else. Hawks was killed in a plane crash in 1930. The following year she married gynecologist Dr. Franklyn-Thorpe. During their divorce in 1935, he provided Hollywood with one of its juiciest scandals when he presented Astor's diary in court to prove "immoral conduct" during the custody battle of their daughter, Marilyn. She had confided to her diary all the juicy details of her steaming affair with playwright George S. Kaufman. In 1937, she married Manuel Martinez del Campo, an aspiring Mexican actor six years younger than she. They had one son, Anthony, before divorcing in 1942. Her fourth husband was businessman Thomas G. Wheelock, 1945-1953.

Increasingly dependent on alcohol, she was lonely and had many illnesses including a severe heart ailment. The news media reported a suicide attempt in 1951. She admitted to alcohol abuse in 1956 when she went into rehab, becoming, along the way, a Catholic convert.

Her dream from childhood was to be a writer and she finally followed her heart. She wrote five books starting with "The Incredible Charlie Carewe," published in 1960. Her work included two autobiographies, "My Story," 1959 and "A Life on Film."

In 1974 she moved into the Motion Picture Country Home where she lived a very private, reclusive lifestyle. She died there of emphysema on 9/25/1987.